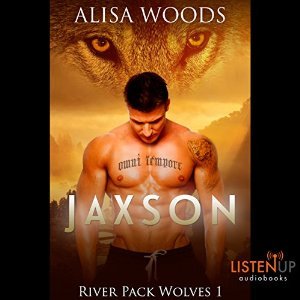 Three brothers. Three secrets. One hope to save the shifters of Seattle.

Former SEAL Jaxson River would give his life for his brothers and his pack, but if he doesn't claim a mate soon, he'll be forced to step down as their alpha. There's only one problem: Jaxson's dark secret would kill any mate he claimed. With someone kidnapping shifters off the street - and only Jaxson and his brothers, Jace and Jared, to stop them - now is not the time for his secret to come out.

Curvy Olivia Lilyfield is a half-witch orphan with a dark secret of her own. She wants to atone for it by doing good in the world, so when she finds a wolf being tortured in an alley, she doesn't hesitate to help, even though wolves and witches mix like matches and TNT. Olivia's dangerous magic means she can't let anyone get too close - but Jaxson can't keep his hands off her, and his kisses are more than she can resist. As they race to save the disappearing shifters of Seattle, the true danger lies in loving each other. They're playing with magical fire and their secrets could end up destroying them both.

The more I listen to books, the more I fall in love with listening instead of reading. So when I was able to get this book on audio-even though I already had bought the book-I pretty much jumped at the chance. I received this from Listen Up in exchange for a fair and honest review.

Olivia Lilyfield is a young woman trying to make her own way in Seattle after being orphaned at twelve. She’s gone through a bunch of bad jobs and has just walked out of her latest catastrophe of a job, when she witnesses a wolf being tortured in an alley. She knows it’s a shifter from it’s size, but still does what she can to stop the abuse. She then meets the most handsome man she’s ever seen in her life. Jaxson River is immediately drawn to Olivia, to the point that he asks her if she is a shifter. She’s not. Not only is she not a shifter, but what half of her is, is a shifter’s enemy-a witch. So no, she doesn’t tell him that part. Long story short, she ends up working for his security company as an office assistant.

Olivia just wants to be normal and she’s not. But she keeps the witch side hidden and absolutely doesn’t ever practice. She’s feisty and curvy instead of thin, and doesn’t think that Jaxson would ever look at her twice. That couldn’t be further from the truth. However, as the alpha of his pack, it’s up to him to mate with a shifter, preferably one from another pack so an alliance can be built. He’s also got a secret, one that will keep him from ever being able to mate.

This ended up being not only a romance, but an exciting adventure as well. Kind of a Special Ops type book due to shifters being kidnapped by a secret group. We meet Jaxson’s two brothers, and they are all involved in trying to find a little shifter girl that has been taken. Before it’s over with, there’s plenty of suspense, action, and scary moments for all. Olivia is not the sort of heroine to get out into that kind of action. So if you are looking for a heroine that is kick butt, that’s not Olivia. But still, I liked her and she ended up redeeming herself in other ways-actually in a big way.

Narration? Douglas Berger and Delisha Forest handled the job effortlessly and with enough passion that I was able to lose myself to the story and not continuously pick apart the narration that sometimes happens with me. Especially on Delisha Forest’s part. As far as Douglas Berger, he had lots of different male voices he had to narrate, and I thought for the most part that he differentiated them well, although some of the lesser characters weren’t quite as well done. But then they didn’t have that much to say, so it would have been harder to characterize their voices with little to no background as far as accents, etc, given. But none of that really mattered as I was totally immersed into the story as only good narrators can make happen.

Wolf shifters, romance, action, and even a couple of witches, combined to make for a story that I actually enjoyed quite a bit. Fast paced, with plenty of sexy times for a just under 6 hour listen, made me stick with it pretty much non-stop once started. I recommend this to adult paranormal romance fans, especially ones that enjoy a danger/action element to their listens/reads. I look forward to continue on with the series eventually.