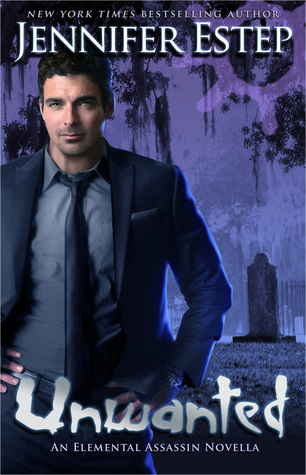 The New York Times bestselling Elemental Assassin series continues with a new e-novella--from the point of view of Finnegan Lane, the foster brother of Gin Blanco, and a fan favorite of readers of the series.

The fallout from his disastrous “family reunion” in Bitter Bite has left Finn feeling hurt, angry, and depressed. He can barely stand to look at himself in the mirror, much less eat any of the delicious barbecue from Gin’s famed Pork Pit restaurant.

But when the funeral for a slain security guard at his bank turns into a showdown with some nasty underworld giants, Finn knows that he must act in order to protect an innocent family.

Finnegan Lane might be the most unwanted man in Ashland these days, but he’s determined to try to make amends for his past mistakes...


Owen Grayson’s novella was published three years ago which made it well past time for the other important man in Gin Blanco’s life to get his own short. UNWANTED directly follows the events of BITTER BITE, so Finnegan Lane’s story was written for existing ELEMENTAL ASSASSIN fans, and shouldn’t be read on its own. The Spider’s foster brother took a bit of a lickin’ in the last installment, but he’s still the son of the Tin Man, and quite capable of giving as good as he gets.

Finn’s devil-may-care attitude has taken a nosedive which was difficult to see because he’s been the rock throughout most of this series, and you know it’s serious when not even hickory coffee or BBQ from the Pork Pit can lift his spirits. Bria and Gin try their best to pull him out of the dumps however, sometimes the only thing that can cure a truckload of guilt is making amends. Lane has one last funeral to attend, and it leads to an opportunity that ends up being a balm for his soul.

It’s sometimes easy to forget that Finn is the Spider’s right-hand man for a reason; not only is he an excellent shot, he was raised by the assassin who taught Blanco everything she knows, so even though he’s usually ok with playing second fiddle, if the need presents itself, he’s fully capable of stepping up to the plate. I really enjoyed witnessing his “solo mission”, and I loved the little twist that involved Stuart Mosley, Lane’s boss at First Trust bank.

UNWANTED exposed Finnegan Lane’s soft underbelly, and somehow made him even more irresistible!


Was this review helpful? If so, please like on GoodReads or vote for it on Amazon!