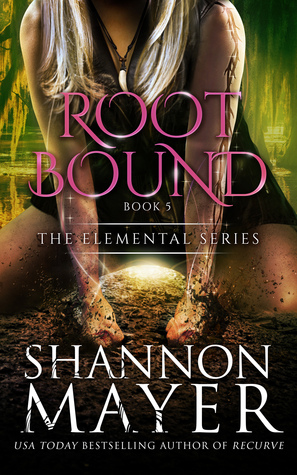 My people use the power of the earth to sustain life and defy our enemies. I am the half-breed bastard child of a king. I was not meant to survive the trials cast my way. Yet, here I stand.

The world has deteriorated in the years I was banished. The Elemental families are rife with deception, violence, and madness more than ever before.

A voice I know all too well calls me to do her bidding. A voice I no longer wish to hear. The mother goddess begs me to save the four families, and stop my nemesis. To do it, I must face each of the Elemental leaders and take from them the power they hold close: the stones I once entrusted to them.

Now, the secrets I unearth as I pursue the stones shatter everything I know about my world, and everything I was taught.

Yet, I am not the naïve girl I once was. If I am to see this through, I must completely embrace the new reality of my life and all its obstacles while forging ahead.

Four stones abused.
Four families broken.
A half-breed princess as their only hope.

Through it all, the one I love waits for me to find him. When I do, will he, like everything else in my world, not be what he once was?

ROOTBOUND’s blurb mentions Lark’s “banishment” and even though it’s not critical that the novella, ELEMENTALLY PRICELESS, be read before this next installment, it does help to set the tone. Out of the four locales, I found that the Eyrie didn’t get its due, as such I was very happy that this plot had the protagonist retracing her previous steps because it made up for WINDBURN’s shortcomings, and also advanced the series’ story arc wonderfully which means that book 5 is now tied for first place for my favourite ELEMENTAL novel.

While definitely not the focal point, there’s been an on-going love triangle between Lark, Cactus and Ash; however that finally gets laid to rest in this latest addition. That’s not to say that Shannon Mayer tied the romance up in a neat bow because that actually couldn’t be farther from the truth, but the heroine has picked a team, and that’s half of the battle in my option. We’re still left hanging as to the fate of the winning candidate. Nevertheless, I was satisfied with how the author settled the other suitor’s thread.

A lot of twists involving a surprising amount of characters get tossed our way in this volume. Most of them are kind of spoiler-y, thus I’m going to abstain from going into too much detail. Yet, I will go so far as to add that someone important in Lark’s inner circle kicks the bucket while as it appears as though the protagonist (and readers) may have been misled with regards to the fate of another key person who had a big influence on her life’s course. What does it all mean? I guess we’ll just have to stay tuned for the next installment!

Peta and the heroine’s relationship was put to the test in this book, and I loved not only seeing how far they’ve come, but also watching them prevail over this latest obstacle. Shazer really proved his worth this time around, and I liked the way that he linked up with the main story line. I have a feeling that his loyalty may be challenged next, and it’ll be interesting to see if he fares as well as Lark’s familiar did. The most shocking aspect of this novel was the storyline involving the mother goddess—I absolutely did NOT see that one coming.

ROOTBOUND will leave you screaming at Shannon Mayer to write faster!