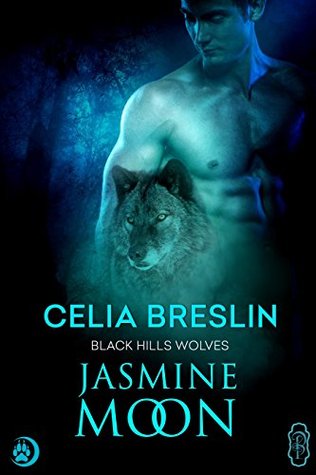 Tech mogul and workaholic wolf Evan Luparell has little time for distractions but takes a break for his brother’s wedding in South Dakota. When asked to escort another wedding attendee from the airport to Los Lobos, he agrees. Then he meets the curvy spitfire, and she ignores him.

Designer and wolf Mina Carver didn’t mean to be rude to the handsome, glowering man claiming to be her ride, but she was busy working. Now she must endure a ride to the Black Hills with the cranky but sexy dominant wolf. Unexpected mating energy sparks between them, but still—should she dismiss, or kiss him?

Kisses win and they agree upon a no-strings fling. But with each wedding activity throwing them together, and their powerful chemistry and mate compatibility complicating matters, can two workaholics truly have their fun then walk away?

My third trip into the Black Hills Wolves world ended up being a super fun read for me. It’s a novella so everything happens quickly, but then when a shifter meets his/her mate, it tends to be fast. All three of my reads in this series are by this author, so each of the characters are related in some way to each other, if not by family, then by friendship.

We met Darci and Ross in the first novella Ms Breslin wrote in this series titled, Diamond Moon. Now it’s the weekend of their wedding and the Black Hill Wolves are gathering from near and far to celebrate. Jasmine, or Mina as she is called, is best friends with Lexi, and Ross is Lexi’s brother. Jasmine, a fashion designer, has designed and made the wedding and bridesmaid dresses. She brings them to the wedding weekend and is welcomed into the wedding festivities, even though she does not know the happy couple. Not so welcoming of her is Evan, Ross and Lexi’s brother. The two almost immediately realize they are mates, but neither has any inclination to do anything about it. Well, except for Mina’s proposal to have a weekend fling together-no strings attached. But can mates actually do that?

Both Evan and Mina are workaholics and their lives revolve around their jobs and little else. Neither has time for a true relationship, nor do they want one. Evan, a resident of Indiana, is pretty stoic about what he foresees as his life and knows without a doubt that no feisty red head is going to change that! Mina is working hard getting her fashion design company off the ground, and lives in California to that end. She barely has time to see her best friend. She’s tiny, outspoken, and tells it like it is-much to the chagrin of Evan, at times. Evan is the most handsome man Mina has ever seen, and of course he has his arrogant moments. The chemistry between these two is off the charts!

This fun, but short read, is perfect for those times that you want to be entertained, but perhaps don’t have a lot of time to get into a longer book. It’s full of romance, characters from the previous novellas, and even has some scary moments thanks to some bad wolves. It all surrounds Ross and Darci’s wedding, and all the events leading up to it, so it was fun getting to see a couple that I already knew get their happy ending. And of course see Evan and Mina get theirs as well. I recommend this to adult paranormal romance readers-adult due to the steamy sex scenes.

I received a copy of this book from the author in exchange for a fair and honest review.