Paul jogged onstage with my Gibson. I swapped the electric guitar for the acoustic and slid the strap over my shoulder. Amazing that I could be sitting on a cold stool in the hot lights of a open-air college amphitheater with five thousand screaming fans and still feel so damned alone.
I sucked in a slow breath, my fingers instinctively reaching for that first chord. My Gibson was my focus. With her in my arms, everything else faded away.
“I love you, Logan!”
I peered into the blinding spotlight and leaned into the mic. “Love you, too.”
The crowd went ballistic. Tonight was my twenty-third birthday, and I was spending it with my alt-rock band, Logan and the Howlers. We were finally starting to see some success. Our songs climbed up iTunes charts as fast as we could release them, and our concert venues were getting bigger without the backing of a big record label. We were busy.
Even on my birthday.
Luke, my twin brother, was waiting somewhere in the wings. After the show, we were going to grab a couple of beers to celebrate, and I’d paste on a smile for my brother. For me, it was just another empty year. As my Pack brothers each found their mates, the one woman he would ever love, the ache for mine grew, but unlike the rest of the Pack, there was no hope of me being with her.
I blew my chance years ago.
Pushing the memories away, I leaned on the stool while the rest of the Howlers vanished offstage for a water break. This was my song. The crowd erupted as I strummed the first chord. “Madness in the Moonlight” was still one of our top selling singles, and a favorite at live performances. My pain on display.
She haunts my dreams.
Shadows of the past.
Ripping my heart down the seams.
No one to blame but me.
I’m a lone wolf now, but I still stare up at the moon,
Call her name, and wonder if she’s looking, too…
I sat back, letting the crowd finish the chorus, wailing the anger and rage.
Madness. Madness. Madness.
Wishing won’t change a thing.
Tell that to my fucking heart.
Welcome the pain, feel something.
Got to let her go.
Another verse, another chorus, but as I hit the key change, a familiar scent, clean and spicy like cinnamon ignited my senses. Oh shit. From where?
I was the only member of the Howlers who actually howled. Once a month, the wolf in my soul came forward and I shifted my form, surrendering to the animalistic part of my spirit. And right now the dormant wolf was clawing toward my consciousness, no longer content to rest in the background. Even as a man, my senses were heightened—especially my senses of smell and hearing, but my vision didn’t suck, either.
I’d performed this song hundreds of times. My fingers found the chords instinctively, but I almost missed my vocals, stumbling over the next verse while I scanned the crowd. Finally I turned toward the wings.
In the shadows offstage, my brother Luke waited for me…with a ghost from my past.
Anna.
Fuck.
I forced myself to face the crowd. This was no time to lose my shit. What the hell was she doing here? I powered through the ending of the song and stood to accept the cheers.
Grabbing the hand mic, I tried not to check the wings again. “Thank you. There’s no place I’d rather be for my birthday!”
A deafening roar erupted from the crowd. “Happy Birthday, Logan” signs waved back and forth as my bandmates came out to join me, taking the decibel level even higher. Stryker jogged out, still shirtless, his untamed long hair bouncing with each stride. The guy was a monster on the drums. He raised his drumsticks while Levi, tall and slender, pumped his fist from behind the keyboard.
Levi had a degree in music, and a knack for fleshing out harmonies. Plus he was our de facto social media manager, saving the rest of us from being near a computer. We loved him for that.
And finally Zane hustled out with his bass guitar on his shoulder, waving to fans. He was the “Old Man” of the Howlers. It didn’t help that he liked to keep his hair slicked back in a 50s pompadour.
Zane stopped next to me. “You okay, man?”
There was no way any regular guy would’ve heard it through the roar of the audience, but I caught every word. I glanced at the wings, relieved to see them empty. Maybe I’d imagined her.
Wishful thinking. I’d recognize her scent anywhere.
“I’m good.”
I swapped my Gibson for the electric guitar and hit a chord. The Howlers had my back, filling the concert hall with a wall of sound, but I couldn’t lose myself in it this time. Any movement offstage had me jumpy and tense. This concert couldn’t be over soon enough. 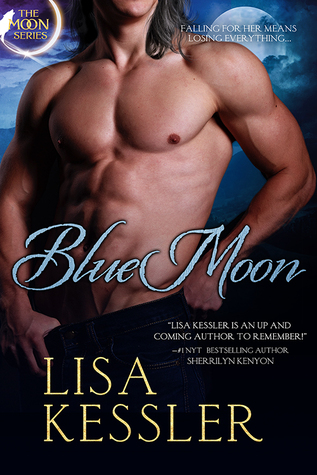 She’s his muse, his mate, and she’s completely off-limits.

He’s a jerk, a recluse, and her newest assignment.

Until he broke her heart, Vivianna Lopez loved Logan Reynolds.

Five years later, she’s an aspiring music journalist and he’s the camera-shy lead singer of Logan and the Howlers.

Armed with a backstage pass, Vivi’s back in her hometown of Reno, nestled in the shadows of the Sierra Nevada mountains. She must score an interview with Logan to land her dream job - otherwise it’s back to Boston, with no scoop and no job. It’s just business–at least that’s what she keeps telling herself.

Logan still loves Vivi, his soul mate, but there’s something even she doesn’t know about him: He turns into a werewolf every full moon and a secret organization is hunting down his Pack.

Vivi may not have Logan’s senses, but she can sniff out that he’s hiding something. He knows it’s only a matter of time before the truth about him - and his Pack - is revealed.

And then he really will lose her.


Lisa Kessler’s Moon series tells the story of a pack of wolf shifters that live near Reno and Lake Taho. Because of her use of intriguing world building and engaging characters, Kessler’s group of shifters and their mates stories have become a go to series for me. Each book is about a different pack member and each tells how that one shifter finds his mate. Along the way in these books, panther shifters and their unique world also became part of the series when some find their mates among the wolves. Since panthers and wolves are mortal enemies, it’s made for some compelling reading at times. The panthers in this series belong, or used to belong, to a secret organization known as Nero, that does torturous experiments on shifters-panthers, wolves, or a hybrid of the two. This has been the cause of much of the suspense, scary moments, and even deaths in these books.

Twins, Logan and Luke have been peripheral characters throughout this series. Logan is lead singer of a local rock group, Logan and the Howlers. Because he is a shifter, and because his band doesn’t know that, he keeps the band local and doesn’t tour even though the group is now famous. Logan has loved the same girl since high school. Loved her and left her at seventeen, because he couldn’t handle being a shifter and keep it a secret from her as well.It didn’t help that he realized she was his mate back then, but knew he had to let her go to follow her own dreams. Anna has never gotten over her heartbreak when Logan left her. She went on and got her journalism degree, but now she’s back and on assignment to get the illusive Logan to do his first ever high profile interview. Second chance romances are sometimes the best!

I’m a sucker for romances that feature rock stars so this one quickly became one of my favorites of this series. Logan was perfect for this story as the elusive rock star-elusive for both the public and initially, for Anna as well. He still doesn’t want to bring her back into his dangerous world, but since she is his mate, he can’t stay away from her. Anna of course, is still in love with Logan, but tries very hard to put him off. Yeah, that’s so not happening! So I did enjoy both of their characters, and we do get both characters point of view-something I always appreciate in a romance. Madison, a peripheral character in Ice Moon, is back as Anna’s best friend/roommate. Anna actually was first briefly introduced in that book as well. And of course Luke has a much bigger part in this installment. I liked him and hope he has his story next. Part of Kessler’s world building has only males getting the werewolf gene and when born, they are all twins. A villain from a previous book is featured in this book, as well.

Romance, sexy times, good characters, interesting world building, and a compelling danger component (which I won’t tell about due to spoilers) make this series a must read for me. I love catching up from one book to the next with all the characters that I have grown to know and appreciate/love. It’s an adult read and I would highly recommend this and the whole series to paranormal romance readers, or even to readers that enjoy romantic suspense, because a good read is a good read, regardless if it’s paranormal or not.