NOTICE: there will be SPOILERS in this post. MASSIVE, ENORMOUS SPOILERS. So if you aren’t current with GoT, DO NOT READ THIS.

Right before I took my June sabbatical, I wrote a post about My Complicated Relationship with George R.R. Martin. I haven’t gotten around to posting any book reviews for A SONG OF FIRE AND ICE, but I have been keeping up with the Sunday night episodes of the HBO series, which concluded (until next year *WAILS*) this past weekend.

It’s the first time I’ve had to suffer through a GoT finale in real-time. Before this season, I binged, finishing within days of premiere. Even so, I’m not going to try and pretend that this year’s is worse than last year’s.

*whispers* I’m pretty sure last year’s gets the Worst GoT Finale EVER award. Not only b/c it ended where the books left off (so even the readers didn’t have an idea of what was coming next), but Jon Snow dying is pretty much the WORST thing that could happen.

It didn’t matter that there was all kinds of speculation about how dead was he really?—death is somewhat fluid in GoT—GRRM has long since taught us that NO ONE is safe.

Just b/c Season 6 didn’t end with Jon bleeding-out-of-multiple-stab-wounds-in-the-Snow, doesn’t mean it wasn’t stressful . . . Lemme tell you, I am FULL OF STRESS.

I’m going to start a few episodes before the finale, b/c episode 5 held the most heart-breaking revelation/sacrifice of GoT thus far. I won’t pretend to understand all the ins and outs of what happened, how it was possible, but it just about killed me:

Then a few weeks later in episode 9, what had become my fondest wish FINALLY came to pass: the death of Ramsay.

Ramsay Bolton hadn’t made an appearance when I stopped reading the books (after #3), but when the show introduced him, he quickly became even more detestable to me than Cersei. He was such a hateful bastard (HA!) that he managed to temper my hatred of Theon Greyjoy, who up to that point had been a close second behind Cersei.

When his smug face retreated from the battlefield, Jon Snow in pursuit, I cautiously began to hope the end was near. And when Jon caught arrow after arrow with a scavenged shield before knocking Ramsay to the ground, I was shouting “YASSSSSSS!” as loudly as I’d been shouting “NOOOOOOOOO!” when Hodor held the door.

But Jon is Jon, so he knew Ramsay’s life wasn’t his to take, and you know what happened next:

Loras and Cersei’s trial has been looming for most of the season. Drawing ever closer, the sense of foreboding gained a tangible presence as the Sparrow outmaneuvered the Lannisters and Tyrells over and over and over again.

And let’s be real, guys—after a plot thread arrives at Threat Level: DOOM, any random children who begin to show up are automatically granted Creepy Horror Movie Kid status. SO. It wasn’t a huge surprise when the horde of children turned on Pycelle, stabbing him to death. *throws confetti in the air* B/c PERVERT.

Having witnessed Pycelle’s demise, it wasn’t a shock when the child leading Lancel further and further into the catacombs stabbed him in the side.

Now I’m going to gloat, b/c I totally called it. Not that Cersei was going to blow everyone to HELL, but that Margaery, Loras, and Tommen would be among the dead: 3. Samwell arrives to wherever it was he went.

4. Melisandre gets banished from the North.

5. Tyrell aligns with Dorne . . . Who is aligned with Danaerys. This is concerning. Not b/c of Lady Tyrell, she’s fantabulous, but Obara Sand is CRAZY, and you can’t trust CRAZY people.

This is also concerning, b/c A. Arya is kind of scary these days. Where Sansa’s smirk was vindicating (b/c no longer a empty-headed broodmare), Arya’s escalation was unnecessary. She already had substance. Now she’s borderline psychotic. And B. how is she able to make use of the Many-Faced God’s gifts, when she doesn’t conform to his ideology?

SIDENOTE: her showdown with the Waif was a ripoff.

7. Benjen Stark leaves Bran and Meera at the Wall (b/c can’t pass it himself, b/c DEAD).

Again, I’m concerned. Obviously, the wall, or at least its magic, is going to fall. Eventually. Does that mean Bran will eventually have to rebuild it?

8. The TRUTH about Jon Snow’s parents is revealed. A SONG OF FIRE AND ICE, INDEED.

In case you’ve been living under a rock, this is the aforementioned speculation (and why many fans correctly didn’t believe that Jon would stay dead):

B/c AWESOME. Sansa appears to be on board. Littlefinger is not. #lyannamormontforpresident

I wish I could remember more of that foretelling Cersei received as a girl . . . Did it say anything about her death quickly following the deaths of her children? Hmm . . . Regardless, Queen Cersei’s days are almost certainly numbered. 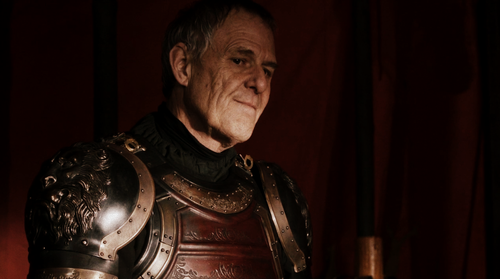 Despite the high death count, I was only sad about loosing Margaery. I may have felt a twinge for Loras, but at that point, he’d established himself firmly in the Beta camp, and he was too weak to ever be useful. Margaery, on the other hand, is both smart and in possession of spine made of IRON steel, and I will miss her. BUT. As ever, it’s GRRM’s prerogative to kill those we love. The salt in this wound is that she saw it coming but couldn’t save herself.

As for everyone else, GOOD RIDDANCE. Especially Tommen. #sorrynotsorry

What about you guys? Did you love season 6? Hate it? Have any theories about what comes next? Will Jon and Danaerys embrace each other as family or become mortal enemies? Will Jaime finally turn away from Cersei? Is there hope for him and Brienne? What does being the Three-Eyed Raven entail? WHY DID DANY LEAVE DAARIO BEHIND?!