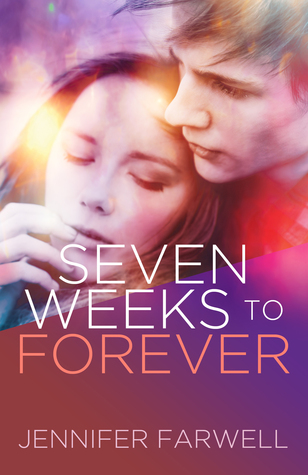 Cassidy Jordan won't open her heart to anyone, and with good reason. She's a second-timer, returned from the afterlife after a devastating romance caused her death. All that stands between her and eternity is finding someone named Riley Davis and helping him get his life on track. But nobody told her helping Riley would mean dating him.

When Cassidy realizes she's falling for Riley, she's faced with a choice: give him the life he's meant for and leave this life when it's time, or give up eternity for the true love she's never had, knowing Riley will die the same way she did in her first life and that her entire existence could end at any time.

I found this book on Naomi’s Reading Palace Blog a couple of month ago, she loved it, and I just got around to reading it. I ended up being really pleased that I read it, because it’s a good romance with a different sort of fantasy element than I usually read about. And, it’s a standalone!

Cassidy is seventeen going on eighteen, and is spending the summer at her deceased parents home in Los Angeles, by herself. She knows that she is finally due to leave this world shortly after her birthday and go back to The After Life. She’s on a mission to help a young man, Riley, and she has no idea what he needs from her. Cassidy can only go back to the After if she succeeds. She lost her original life many years ago due to a cosmic mistake, so she was able to come back and help someone else. She was sent back to the Before as they call our life, as a little girl. A little girl that knows exactly what is going on. Time is running out when she finally finds Riley, and she has only seven weeks left to complete her mission.

Cassidy as a character was pretty typical for her age if you didn’t know her real story. She goes to concerts, loves vinyl records, and can see peoples energy that surround them. From the energy colors she can tell how people are feeling. Because she has known since she was little that she would be dying at a young age, she has kept herself pretty separate from people, as far as relationships and friendships. She doesn’t want people to hurt when she dies. She has an adviser from the After, named Noah. Noah visits often, popping in at any time he feels she needs him. He never gives her all the information she needs, but occasionally does help with her mission. I liked him as a character, as I did Cassidy. Riley was a guy that has all kinds of things in common with Cassidy, things that start to cause them to run into each other. It’s not long before you know what his problem is. One of the most fascinating characters is Cassidy’s new yoga teacher, Amarleen. She’s a sort of higher being, but still of the Before, and not part of the After, although she knows Noah. I am still not really sure what exactly she is, and that was okay.

I enjoyed the unique premise, and really liked all of the different characters. The romance was sweet and pretty close to being G-Rated-necessary since Cassidy is leaving soon. This authors idea of what the After Life looks like was pretty fascinating-another plus for this book. There’s a lot of talk about energy. A lot. At times I got a bit lost in all the talk about it, but I just kept reading and didn’t stress about it. Not a major problem, and really the only thing that bothered me even a bit about the read. Other than that, it was a really quick, and fun read for me.