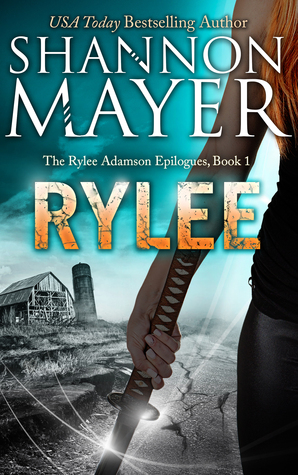 My name is Rylee and I was a Tracker.

The final battle is over and The Blood of the Lost was spilled. In the aftermath, the humans still have mysteries they call upon me for. Except I can no longer Track, and my new abilities terrify me.

A salvage is offered to me, and with it a chance to redeem myself. A missing girl, her brother desperate to find her. Simple and straightforward, this salvage should be a piece of cake - and a chance to learn some discipline with my powers.

Except the girl is somehow tied to the world of the Elementals, and with that comes a danger I could never have expected.

As I search for her, I realize it is not only her life that is on the line, but my soul and sanity as well, as the voices and unnatural needs in me grow more demanding.

If I am to save us both, I must face the darkness within; and this time, I must do it all by myself.


There’s no better news than that of a treasured series getting a second wind, and that’s precisely what the RYLEE ADAMSON EPILOGUES are. I expected there to be a lot of crossover between the original, and this spin-off because we are dealing with the same world, and many of its characters. The carbon copy was a little much though. The heroine gets a makeover, and new sidekicks are brought in, but otherwise, same ol’.

I wasn’t terribly disappointed by this fact considering that I liked Shannon Mayer’s first recipe however, some of the patterns she fell back into were gripes of mine, and seeing them again didn’t exactly leave me overjoyed. The prime one being that Rylee draws secondaries to her like dog fur. Liam, Eve, and Ophelia are still the protagonist’s go-to’s, but Levi, Belinda, and Nigel were all-in by the conclusion as well.

Adamson’s adjusting to her revamped existence, and this book was about her growing into her new skin. Part of that involved figuring out what aspects of her previous life she could keep, and what needed to change. Tracking children has always been her bread & butter, so it made sense that she slipped those shoes back on, although again, not much of a divergence happening here from the titles that started it all.

Towards the end of the RYLEE ADAMSON novels, Mayer’s ELEMENTALS began to creep in while as in this case the two are way more connected, so it’s probably advisable that you have at least some knowledge of these supes prior to enlisting. Ivan from her BLOOD BORNE series also made a cameo which was a definite perk because I love him! Thus, I was happy with this book overall, it just wasn’t quite as fresh as I was anticipating.

If something ain’t broke, don’t fix it, and that was essentially RYLEE in a nutshell.