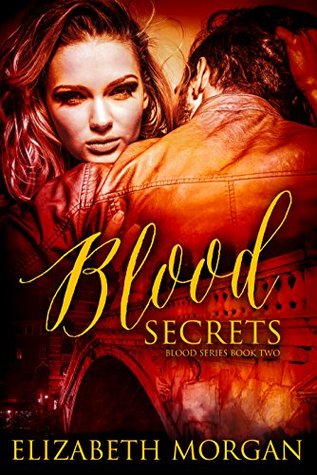 When your life is messed up to begin with, how much worse can it really get?

Heather Ryan's life has never been simple. The latest in a long line of descendants who have made it their mission to hunt down and slay the Ancient Vampire, Marko Pavel, she is also the first born Infected. Up until recently, the biggest downside to living with the Vampyrric Virus was simply that she craved blood, but after receiving a DVD from her deceased Grandmother Sofia and being kidnapped with friend and so called guardian Werewolf, Brendan Daniels, she quickly discovers that she is also the inspiration behind the Vampires’ attempt to create a whole new breed of super monsters—Hybrids.

The truth comes at a cost, but how much does one have to sacrifice to gain success?

Following the breadcrumbs left by her psychic Grandmother, Heather and Brendan find themselves in new territory. Venice is where Heather hopes to find Marie, the second Bloodling of Marko, along with Brendan's three taken Pack members. But an old Peace Pact between the Italian Pack and the Colony means they are left hunting blind, and due to the Italian Alpha's reluctance to believe their story of kidnap and experimentation on Loup-Garous, time is running out. So when help comes from an unlikely source, they have no choice but to accept.

All families have secrets, but blood can't lie.

Caught up in an intricate and complicated scheme spun by the one she trusts the most and the friend of her enemy, Heather soon discovers that she is the pawn in a plan she would never have been able to conceive. But how many of her new allies were in on the game, to begin with?


It feels like I read SHE-WOLF and CRANBERRY BLOOD eons ago, and for someone who loves books as much as I do, especially those of the werewolf persuasion, three years might as well be three decades because that’s how long it’s been (in blogger time) since the last installment in Elizabeth Morgan’s BLOOD series. So, when a little bird told me that the release of BLOOD SECRETS was imminent I was like it’s on like Donkey Kong!

Given the large gap between titles, I probably should have revisited the prequel and the first novel, and if you’re a newcomer to Heather and Brendan’s story I definitely recommend that you do precisely that, but I still made out ok in spite of ignoring my own advice. The blurb, and the author’s meticulous writing style were invaluable as were my earlier reviews. By the end of this volume it was as though I’d binged on the lot of them in one sitting.

Ryan’s grandmother has been leading Heather on one heck of a treasure hunt, and the prize is killing Marko, the vampire who’s plagued their family for generations. Except, the scheme is bigger than anyone ever imagined, and Morgan finally gives us the whole loaf instead of more torturous breadcrumbs, although those do continue for a time too. The bird’s-eye view exposed a myriad of facets, and the sum of all the threads was absolutely jaw-dropping.

The heroine had to embrace her true nature in order to stand a fighting chance against her archenemy which brought with it a number of changes to her character including her relationship with Brendan. I was happy with all of these developments because they were a natural progression to the plot, and could potentially have a huge impact on the outcome on the Ryans’ lifelong blood feud. However, just when things were getting really good… cliffhanger!

BLOOD SECRETS was a testament to Elizabeth Morgan’s ability to get back on the horse years later, and still win the race.