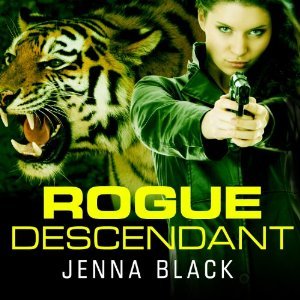 The third novel in an action-packed urban fantasy series from the acclaimed author of the Morgan Kingsley, Exorcist books—starring a female private eye who discovers that she’s an immortal huntress.

No longer the leader of the Olympians, Konstantin has now gone into hiding. Konstantin is vulnerable, and Anderson believes now is the perfect time to destroy his nemesis. He orders private eye Nikki Glass to use her powers to locate Konstantin, and she balks at the idea until a series of attacks leads her to believe that Konstantin is gunning for her and Anderson instead of remaining safely in hiding.

Nikki’s search is complicated by Cyrus—Konstantin’s son and the new leader of the Olympians—who threatens retribution should his father be killed. The complications mount up as Nikki begins to suspect that Konstantin might not be behind the attacks after all. The only person who hates Konstantin more than Anderson does is Anderson’s estranged wife, Emma, who has joined the Olympians. And Nikki knows Emma would be more than happy if Anderson and his people embroil themselves in an all-out war against the Olympians—a war they cannot hope to win.

As Nikki tries to figure out who the true enemy is, she deals with her tumultuous relationship with Jamaal, who struggles to control his death magic. But being loved by a descendant of a death goddess is the least of Nikki’s worries…

The Nikki Glass series has quickly become a favorite of mine. It is such a unique world that Jenna Black has created with the descendants of gods that are nearly immortal known as Liberi. Nikki has joined this world when one of the Liberi jumps in front of her car committing suicide giving Nikki his immortality. Now, Nikki is thrust into this world which she knows nothing about. By book three, she is coming to terms with her new life, but is still hoping that one day, she can go back to her life as she knew it. She has yet to give up her office or her condo, though she has closed her office doors and is living with Anderson and his Liberi in their mansion.

The book starts off with a series of arsons, all of which are connected to Nikki. It starts with an accidental fire at her office, then her adopted parents’ house, then her condo, where people died. The former leader of the Olympians, Konstantin, sends an email claiming to be the culprit, but there are questions about that. Anderson’s ex-wife, Emma, also looks really suspicious. She has it out for Nikki, who she is convinced is trying to steal her husband. Nikki on the other hand is trying desperately to make things work with Jamaal.

Jamaal is a descendant of Kali and the death magic that he has is hard for him to contain. He learned in the previous book that he could channel some of the death magic into a phantom tiger, Kali’s animal, just like the descendant of Anubis did with jackals. However, his tiger, SIta, is very jealous of anyone who takes any attention away from her, so Nikki is on her hate list. Jamaal has a hard time controlling her when Nikki is around. This really puts the breaks on their relationship just when things were starting to move forward.

There is some action as Nikki is kidnapped twice and some romance between Jamaal and Nikki. We get to see a lot more of Cyrus, Konstantin’s son and the current leader of the Olympians. He has a lot more up his sleeve than he lets on. The overall story arc doesn’t progress as much as I would like and there is a cliffhanger at the end. I’m really glad that Ms. Black pushed to finish this series, even if it took a little longer than expected. I’m real excited to get to the next and final book in the series that comes out later this month.

Narration
Sophie Eastlake continues to do a great job with the narration. There is nothing overly complicated about this narration, no accents or anything, but the different voices are all clearly defined. I do listen at an increased speed, but that is pretty much a standard thing for me. She does good with male and female voices. I do know that the final book will be put on audio. So far, I haven’t heard anything about audio.