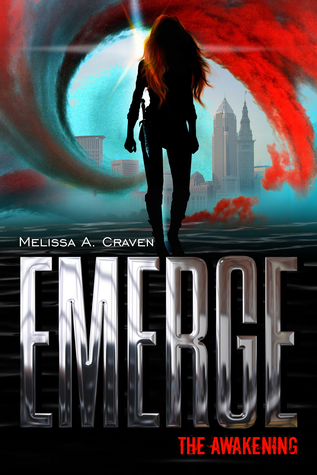 You’re born. You live. You die.
She has no cause to believe that equation works differently for her, but there has to be a reason the world treats her like a pariah.

When an unexpected move to Kelleys Island brings Aidan McBrien crashing into her life, Allie is thrown by his reaction. He doesn’t shrink from her touch. He doesn’t stutter or make a quick exit. He smiles and welcomes her into his circle of friends, who aren’t exactly comfortable with Allie, but they seem to get her in a way most people don’t.

Finally, Allie has a real shot at normal and rides that high right up to her sixteenth birthday when she wakes in agony—an experience Aidan insists they have all faced. She struggles in ignorance, uncertain of what is real and what isn’t. When she emerges, Allie is different. She has always been different, but even among her extraordinary friends, she and Aidan are special.

As Allie struggles to maintain her tenuous grasp on the power that threatens to overwhelm her, she worries she will lose herself in this strange new world. A dangerous world where she will have to fight tooth and nail to defend the power and freedom that is her birthright.

…only Allie hates to fight.

Since reading this book a few days ago, I find myself still thinking about it. This usually happens when I read a really good book. I liked the book, but it wasn’t without a few problems. There are way too many books out there, especially in the young adult genre, that feature a girl who is just waiting to come into her powers or become something really special. And I have read more than my share of them. This book falls into that category. Unfortunately it also features a love triangle, another thing that shows up again and again in the YA genre. Add in the cliffhanger and yes, I had problems. But there were things that I did enjoy about it, thankfully!

Allie is just shy of sixteen and is moving again. Her life has been a series of moving without warning and she has no idea why. Her parents sure aren’t telling her anything. When she moves to an island on a lake near Cleveland Ohio, everything is different. Once hated by all her peers for reasons unknown, here she is more than tolerated and she finds friends. Most of her friends live on the island, most notably, Aiden and his sister, Sasha. And most of her friends have been adopted, as she was. She also meets Vince, someone that doesn’t live on the island. She begins dating Vince, much to Aiden’s dismay. And actually, I didn’t understand it much either since she has a much bigger connection with Aiden. It’s not long before she realizes that her new friends seem to be a bit different, along with having secrets as well.

The author introduces a huge cast of characters. All the friends on the island as well as their families. And all of them pretty much has a role to play in Allie’s life. I couldn’t keep them all straight in my mind at times and that was frustrating. We do get back stories on most of them, most of which I did enjoy, but thought at times this took the place of any real action in the “now” part of the story. And all this begins after Allie “changes”.

I found the premise of a group of immortals living among humans, to be fairly well done. They aren’t your usual suspects either, instead they are a new type of supernatural. Allie should have grown up knowing what she was, but instead lived with human parents. So it’s all new to her. Because of enemies of her “kind”, they all train everyday. And this is where the story really bogged down for me. I got tired of all the training, everyday. I wanted more suspense and more other things happening. At 440 pages, there could have been at least fifty less pages and the story would have more tightly written, and hopefully that wouldn’t have slowed the pace.

So girl with powers, love triangle, cliffhanger(although one that you realize early on), all things that have been done so often. This book wasn’t a bad read, it actually was very readable, even if a bit slow. I did like these new immortal supernaturals, the powers that they have, and some of the back stories stretching back thousands of years. It did feel a little like Forrest Gump at times, in that each of the characters knew so many historical figures, and I had a bit of a problem with that. I really just wanted more to happen in the story or more action, and in the end, I really missed that.

I was given a copy of this book by NetGalley in return for a fair and honest review.

26 responses to “Review: The Awakening by Melissa A. Craven (@Mollykatie112, @melissaacraven)”