Excerpt
“Not now,” she said, pushing him away.

He kissed the curve of her neck. “If not now, when?”

“We’ll be late for dinner.”

He smiled against her skin, breathing in her scent. “The chili can wait.”

“Maybe so, but Reno’s appetite can’t.”

Austin narrowed his eyes and stepped back. “Say again?”

Nothing about the look Lexi gave him was innocuous. “Well… it seemed like a waste for you to cook all that chili for just us.”

She folded her arms and jutted her hip to the side. “What have I said about using my middle name? Look, we didn’t drag our friends all the way out here to isolate them in some godforsaken cabin in the middle of nowhere while we’re busy having primal sex.”

Austin had no doubt the other couples were engaging in their own mating rituals—perfectly happy to spend time alone for the rest of the trip. He sensed Lexi was creating a diversion. She’d been doing it since they arrived two days ago, always finding something to do whenever he got aroused.

“If that’s the way you want it,” he said gruffly, folding his arms and turning away. “Guess I don’t care to see what’s in your bag, either.”

She laughed brightly and snatched the handle, swinging the bag around as she strutted toward the ladder to the loft. “You obviously didn’t see everything in here.”

“What makes you say that?” Images of Lexi in those lacy panties flitted through his mind, and he gripped the chair, caging his growl when he swung his gaze up and saw her naked at the top of their loft.

“Because, Mr. Cole, if you had seen everything in this bag, you’d already be up here having your way with me. But since you’re not interested,” she sang, moving out of sight.

The next thing he knew, his blue flannel shirt came flying over the edge and landed on a lampshade, followed by his dark-wash jeans.

“All right, smartass,” he shouted, changing clothes in the middle of the cabin. “We’ll do your formal chili dinner with everyone, make Vampire jokes, and then we’ll have drinks. But once they’re gone, you have a date with everything in that bag, and I’m the chaperone.”

“Dream on,” she replied.

He zipped up his jeans. “And that’ll be the song we make love to.” 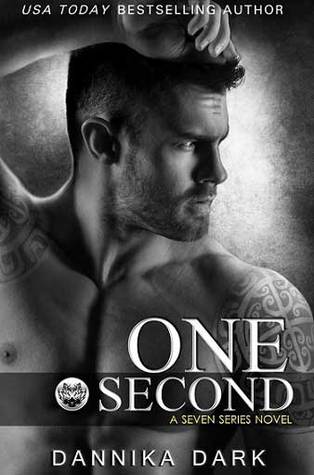 Lexi has faced personal struggles, but nothing has prepared her for the most perilous battle of her life. Shifters are on the brink of war as Northerners target Colorado in an attempt to infiltrate the borders. Texas winds up on the hit list, and the Weston pack prepares to fight for their land… and for their lives.

Austin’s courage is put to the test when rogues want to seize his land and slaughter his pack. But that’s not all he’s facing as two shocking revelations turn their lives upside down. His love for Lexi is unwavering, but their future is uncertain.

Will the local packs set aside their differences to fight together, or will this be the end of peace among Shifters? Stand witness to the epic conclusion of the Seven series.

With this book, Dannika Dark’s Seven Series has come to an end. And for me, several days later, I am still in the middle of a book hangover from reading it. It’s one of those series that you never want to see end.

The Seven Series is the story of Austin Cole, his brothers, and their Weston Pack of werewolves. It’s a fairly small pack, but it’s a mostly happy pack-that is, until outsiders start trouble. At this point, it’s been fifteen years since the first book began with Austin and Lexi. And as we started with that couple, we also end with that couple, which I thought was very fitting.

This book begins with the Weston Pack on the verge of war with rogue wolves from the Northern states. All the characters from previous books are back for this installment, and by that I mean even characters that I thought we would never see again. When all the pack is together, it’s heartwarming to see the love between the brothers, mates, and others important to the pack. Dark’s characters are all fully realized and the reader comes away feeling like they have just spent time with old friends. In addiction to packmaster Austin and his mate Lexi, there’s biker private detective/bounty hunter, Reno, and his human mate April, jokester Denny, and his mate Maizy, local musician Jericho, and his mate Izzy, tortured and tatted Wheeler and his mate, panther Naya, and his black sheep twin brother, Ben. The two wolves not part of the family, Trevor and William are wonderful peripheral characters and are also the “will they or won’t they get together” characters of this series. Neighboring packmasters, Lorenzo Church and his mate Ivy, and Prince, are also featured.

Beyond having likable and non-cookie cutter characters, each of these books involves a good romance. These are pretty sensual at times, but I wouldn’t consider them erotica. Not once have I been bored reading these books, rather, I am immediately drawn in and love every minute.

War, the shifter way, was completely different than what I could ever imagine. It ended up being filled with suspense, and edge of your seat action, combined with a big dose of violence. The author threw in even more problems on top of the war, making this the most exciting book of all of this series, for me. Since there’s quite a bit of action in the previous books, that’s saying a lot. The way this part of the story was plotted was nothing short of amazing. I could easily picture it all, the atmosphere, the rogue wolves, all the tactical planning of how a small pack could take on an organized group of wolves numbering maybe as many as ten times or more the number of wolves in the Weston pack. But, that being said, the book isn’t just about the war.

While I am sad to say goodbye to these characters, I also know that the author is going to be writing in the same Breed world for her next project, as she also did with her Mageri Series. She keeps expanding on the intricate Breed world building with each series. I look forward to seeing what she has up her sleeve for her next project, and more importantly, what supernatural character is up next.

This was the perfect book for a last one in this series, and the author lovingly wrapped it up for all her readers to enjoy. With hundreds of different shifter series to choose from, only a few make my standout list, and for me, this is at the top of that list. Highly recommended to adult paranormal romance readers, and urban fantasy fans might enjoy this as well.

22 responses to “Review: One Second by Dannika Dark (@Mollykatie112, @DannikaDark)”