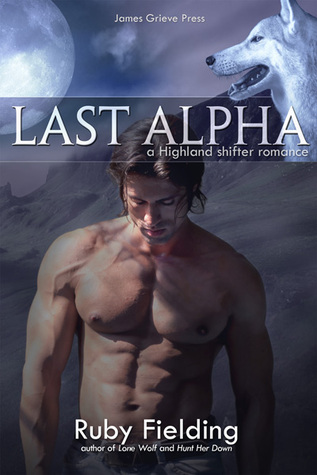 He never wanted to fall in love. She never planned to let him.
Jenny Layne has made a career out of investigating werewolf reports, but every case has only confirmed that shapeshifters are the stuff of legend or madness. Until now. Lured to a remote Scottish estate to meet a researcher working on the science behind the werewolf phenomenon, Jenny finds steadily mounting evidence that something strange is running wild in the hills.

Billy Stewart has traveled the world in pursuit of stories of shapeshifters and other strange phenomena, but the last thing he ever expected to find was love. Billy is not a man who falls easily, but when he does, it is a force of nature. When he meets Jenny he knows immediately that she is his soulmate, but Jenny is not so sure. Are his intense feelings for her just some kind of insanity, or is Jenny turning him away because that's exactly what she always does when a guy gets interested?

By turns passionate romance and gripping paranormal thriller, Last Alpha tells the story of two people whose paths collide with earth-shattering consequences. As love boils over and the dark secrets buried away in Jenny and Billy's past rise to the surface, a night of murder raises the stakes yet higher.

And as she fights for her own survival, Jenny must face perhaps the biggest question of them all. In matters of life, death and love, can Beauty ever really hope to tame the Beast?

Shifter romances are a dime a dozen, or so it seems these days. It’s hard to find one that is truly different from the rest, but I think this book is truly one of the different ones. Not only is it a romance, but it’s also a mystery. That being said, while it’s different, it’s not without a few problems.

Jenny is an American blogger visiting Scotland for the first time. She’s a house guest of a mega rich man, Jonathan Carr, a man that is bankrolling studies on werewolves. Jenny’s blog is about weird things in the world and lately werewolves have been a big thing on her blog. When she is invited to come to Scotland, of course she goes. When she gets there, she finds Billy, a man she met in America at a court trial. A man who thought he was a werewolf was on trial after killing someone. They were both attending the trial because of the werewolf aspects. Billy is working for Mr. Carr, something she did not know. She had developed a friendship with him, until he abruptly told her he loved her and wanted her forever. That was it for her. So she is suitably shocked to find him at Carr’s estate. She starts to wonder if she’s been manipulated into coming to Scotland as Billy is right in the middle of all the werewolf studies. When a woman’s body is found, after what looks like an animal attack, Jenny is also in the middle of everything, as well.

I was only a few chapters into the book when I checked to see if the author was British. That’s because of some the phrases that Jenny, an American, uses. She just didn’t sound like an American young woman. And I was right, this is by a British author. I have no problem with that, as I have read many books by British authors and have enjoyed them. But I could easily tell, and I don’t think the author intended for that to happen. Another problem I had was how slow the book started out. I know the author has to set the scene and introduce the characters, but it lagged a bit for me. Halfway in though, and I was really turning pages.

The romance was very sensual, but the first sex scene came out of the blue for me. It just pretty much happens, even while Jenny is really questioning anything to do with Billy. I just didn’t see the moment when Jenny decides that’s what she wants, so I was a bit shocked at the abruptness. There are plenty of sexual scenes, and they are gritty at times and very real. Emphasis on real.

I am choosing to not address anything specific to do with werewolves since I don’t want to tell any spoilers. Suffice it to say that werewolves are real in this author’s world building. The mystery was good, although I figured most of it out early on. There was a big twist that I didn’t see coming and a smaller one, as well. I love when books can surprise me, and this one certainly did. I also enjoyed the fact that there are supposedly Scottish legends concerning werewolves.

Because this book was so different and did surprise me, I do recommend it to adult paranormal romance readers. It’s not your usual paranormal romance, but is a worthy entry into the PNR world-in my opinion at least.