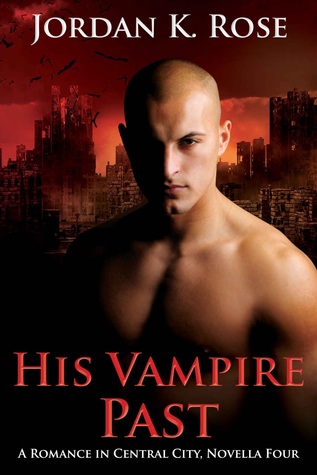 The hunt is on.

Panthera Laboratories wants a vampire for their experiments. But not just any vampire. They want The Vampire Guard’s leader. The best way to lure him to them is to find his weakness. Who does Serge love?

In all his 800 years Serge has not allowed himself to feel the deep and honest love of a woman. Not until he meets the lovely gas station attendant at one of Central City’s convenience marts. Something about the woman draws him back night after night. It’s not just the sweet taste of her blood that intoxicates him. She is the light in his dark world. He finds himself talking to her for hours at a time, unburdening himself of his deepest, darkest sins.

Harriet Winslow has heard the tales of vampires. Rumors. Myths. Nothing more. At least that’s what she thought until the sexy stranger arrives. At first she’s unable to remember the details of his nightly visits. But in only a few nights time she can no longer forget the sound of his voice. The scent of his body. The details of his terrifying past, or the feel of his lips on her skin. She’ll never be able to forget him. She never wants to lose him.

When Serge realizes his selfish need for acceptance has put Harriet in danger, he’s forced to move her from Central City, to send her as far away from him as possible to keep her safe. But can he live without her near him? Will she forgive him for destroying her life? (less)


As much as I have been reading shape shifter books (werewolves)lately, I have always enjoyed vampire books. This novella belongs in the Central City series and is the fourth one that I have reviewed. There is at least one more novella in the series, and this one has been in my tbr pile far too long. To be honest I couldn’t remember all the details from the previous novellas, but it really didn’t matter too much.

Serge is an over eight hundred year old vampire and leader of the Vampire Guard in Central City. If memory serves me, he’s not been a fun guy in any of the installments, but he does have a dark past to back up reasons for this. Harriet is a gas station clerk in Central City. For weeks Serge has been showing up at the gas station to watch Harriet as she goes about her night. He makes up excuses to go inside, buying things he will never use. After she leaves the store for the night, he spends time with her behind the store and gets his meal(blood)from her. Because she is compelled, he tells her things he would never tell another living soul. And when he leaves her, he tells her to forget him. But is she really compelled? On Harriet’s part, she’s getting sick an tired of Serge telling her what to do-things like to forget him. How could she forget the one man that she wants above anyone else? When horrible men are sent to hunt her down to use her against Serge, he has to find a way to hide her without her finding out what he is.

In addition to Serge and Harriet, irritating Garrison is back and being well..irritating, as is his usual. The book also sets it up for another couple to be-Rafe and human nurse, Maddie.

This was not a favorite of the series for me. And that’s because it’s so much smaller in scope than the others. The previous ones had quite a bit of action and other things going on to carry the story, while this has just a small amount of action and pretty much is all about the romance. That’s not a bad thing, but I was expecting more about the evil Panthera Laboratories that the vampires are at war with, than what I actually got.

I did enjoy the romance and Harriet in particular. At times she is almost comedic, especially when she is fighting off Serge compelling her, or when she is being a klutz. It goes with the novella territory of not getting a full story, but still. I was wishing for more and it just seemed lacking a bit, to me.

18 responses to “Review: His Vampire Past by Jordan K. Rose (@Mollykatie112)”