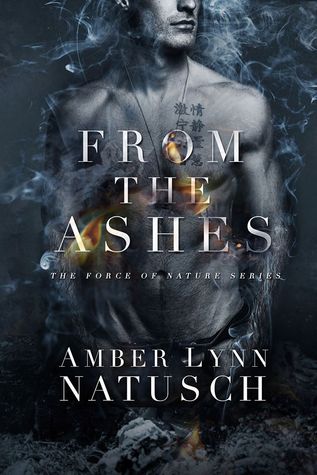 After a lifetime of animosity and indifference from the supernatural community, she thought she'd finally found a home with the vampire king’s enforcers. Then the dark and mysterious Merc walks into her life, and it takes a disastrous turn for the worse.

Now under attack by enemies both known and unknown, Piper has little choice but to flee her refuge—and start over in a place few vampires ever go. Rural Alaska seemed to fit the bill, except for Knox and his crew of werewolves. The pack shares a connection with Piper that few of them can explain, and none of them can escape. With time running out for answers, Piper must fight the demons of her past to ensure her future—or die trying.

A few years ago I discovered a book titled, Caged, by this author. I fell in love with the characters and the story and read them all until the series was finished last year. I have read this book twice now-once a few months ago, and again yesterday. I thoroughly enjoyed myself both times. And that’s because for a first novel in a series, Amber has exceeded my expectations and has written a book that is just as good as Caged, if not better. That’s something I never thought I would say!

Piper Jones has made her home with the vampire enforcers of New York City. Taken in a couple of years before by the King of the vampires, she had never really had a home until now. When vampire enforcer Merc comes home after a long absence, Piper is inexplicably drawn to him, as he is to her. But Piper has very dangerous enemies and ends up leaving to hide out in Alaska-in the middle of nowhere. It’s not long before she realizes that she didn’t leave the supernatural world in New York, instead she has moved in close to a werewolf pack-one that wants to befriend her. And just so we’re clear, I am not going to mention what supernatural creature(?) that Piper is-or isn’t. That’s just part of the mystery in this story.

The characters in this book were pretty incredible-at least I thought so. Piper has to be one of the strongest characters as far as inner strength that I have read in quite some time. She has been through a lot and continues to persevere even as more is thrown at her. Merc was perfect as a handsome, enigmatic vampire with a tortured past. Knox, the pack leader in Alaska, was my personal favorite of the group. He’s down to earth and caring and seems to be a very sweet man. And he loves his pack and treats them well. It doesn’t hurt that he’s mega good looking! Rounding out the group are Kat, Piper’s best friend and a werewolf from New York City, as well as Dean and Jase, vampire enforcer brothers also from NYC, that have anointed themselves as Piper’s protectors and honorary big brothers. I also should mention a character named Grizz-he doesn’t have a big part, but I absolutely loved him, and look forward to seeing him in future books. He was definitely the comic relief. I will leave it to the reader to discover why.

This story was filled with suspense and life and death moments. Whether it was happening in NYC or Alaska, the action never lagged, nor did the development of the characters or story line. It’s also a romance and probably the most sexual of any books by this author. And yes, I am being intentionally vague about the story line due to spoilers. One more thing, From the Ashes was a pretty perfect title of this book based on the story, and I thought the cover was pretty great as well.

In the end, I came away from the book, both times I read it, wanting more. I would like the second book as early as yesterday! Amber has proven once again to me why I enjoy her work-not that I ever doubted her! I adored this story and highly recommend it to both paranormal romance fans as well as urban fantasy readers-as long as they are adults. Adult, due to sexual situations and violence. I received a copy of this book from the author in exchange for a fair and honest review.

22 responses to “Review: From the Ashes by Amber Lynn Natusch (@Mollykatie112, @AmberLNatusch)”