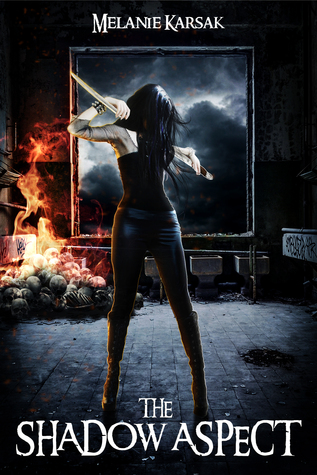 When Layla took the final step through the labyrinth, she thought she was saving the ones she loved.

She couldn't have been more wrong.

Layla and the other survivors now find themselves caught in a war for our world, the unwitting victims of a grudge seething for eons. Surviving the zombie apocalypse has become the least of their worries as they come up against vampires, shapeshifters, and fae. When she uncovers an unspeakable horror, whom can Layla trust? The carnie girl? The doctor searching for a cure? The tarot reader? The stranger with alluring gold eyes? Or the man she loves?

The wrong choice could doom them all.

When the world burns, mankind’s shadow side rises. Do we deserve to survive?


Zombie Apocalypse anyone? This is book two of this series, although there is also a novella, Midway, making it three stories so far that I have read recently. I love finding a series that I want to read back to back, and that’s pretty much what I have been doing with these reads.

The Harvesting introduced us to Layla, a kick butt heroine, that has been leading what is now a small group of people from her hometown, into the world that is left after the zombies took over. In Midway, we met Cricket, a carnival worker that is also caught up in this new world. With this installment, the two heroines meet and band together. Cricket and Tristan now have a home base in a small college that is surrounded by a locked wall. Tristan is one of the more interesting characters in these books. He looks human, but no, not so much. I really liked his character in both books he’s featured in, although he was pretty different in Midway, than he is in this book. Of course, Layla’s new love, Jamie, is along for the ride. The rest of the college complex is made up of the few remaining friends of Layla’s and Jamie’s, the fortune teller Vella, who is first introduced in Midway, college students and other locals, and a doctor that is conducting experiments to find a cure for the “flu” that caused the zombies.

I appreciated the way the author filled this zombie world with other supernatural characters, ones that no one was aware of until the world changes. Vampires, and not the good kind, shape shifting Fae like characters that cause major problems for humans, and “earth” people that are trying to save humankind from those that want to end them.

As with the other installments, this is not a feel good read. Instead, it’s an exciting life or death thrill ride. Also, as before, not everyone survives. I must admit that one of the deaths in particular, pretty much blind sighted me. But this author is really not afraid to go there and that keeps this series from being cookie cutter, in any way. This one also features a pretty major cliffhanger, which I am not usually a fan of, but it didn’t bother me that much. Maybe. I am still thinking on that!

As with the other installments, I highly recommend this book to mature young adults and adults, due to the amount of violence, sexual situations, and language. Not to mention the all around creepiness factor. Next up is Witch Wood, another novella set in this same world, but with a new main character, although the blurb says it can standalone.