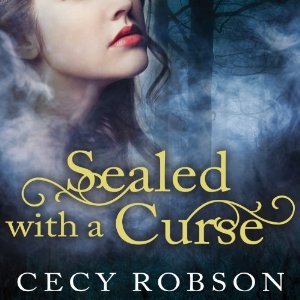 The Wird sisters are content to avoid the local vampires, werebeasts, and witches of the Lake Tahoe region—until one of them blows up a vampire in self-defense. Everyone knows vampires aren't aggressive, and killing one is punishable by death. But soon more bloodlust-fueled attacks occur, and the community wonders: are the vampires of Tahoe cursed with a plague?

Celia reluctantly agrees to help Misha, the handsome leader of an infected vampire family. But Aric, the head of the werewolf pack determined to destroy Misha's family to keep the region safe, warns Celia to stay out of the fight. Caught between two hot alphas, Celia must find a way to please everyone, save everyone, and oh yeah, not lose her heart to the wrong guy—or die a miserable death. Because now that the evil behind the plague knows who Celia is, it’s coming for her and her sisters. This Wird girl has never had it so tough.

One of my goals in life is to devour every installment in every Urban Fantasy series the moment they release, but regrettably I’m stuck “adulting” more often than I’d like which forces me to pick and choose, and that’s why Cecy Robson’s WEIRD GIRLS were left on my shelf until 2016. There is a silver lining though; I can now bask in six full length and several short stories worth of awesomeness in one great big listening spree!

I liked that the author chose four misfits as her heroines, and that each of them came with an exclusive skill set and personality. It really helped set them apart from the typical vampires/werewolves staples, and gave Robson a lot of wiggle room when it came to establishing her baseline. The oldest sibling, Celia Wird, was the MC, and I’m glad that she went with that format albeit; we still got lots of the other sisters as well.

The quick fire pacing, and spectacular fight scenes definitely appeased my need for violence, and the humorous dialogue was further boosted by Renée Chambliss’ sharp performance, but I’ll get to that in a minute. The plot was this novel’s only weak spot; I found it to be rather commonplace, and although I do enjoy a healthy helping of beefcake with my fiction, the potential for an Aric / Misha love triangle is high.

Chambliss’ narration was right on point with Robson’s writing. I think that I would have had no problems differentiating the characters on page because of their unique speech patterns, but the noticeable voice nuances made the experience bullet proof. The reader also doubtlessly contributed to making the punch lines funnier, and cranked up Shayna’s “dudes” and Taran’s potty mouth. Emme’s sweetness was likewise apparent.

SEALED WITH A CURSE had a nice ending to it; however it left me hungry for more too!

10 responses to “Audiobook Review: Sealed With a Curse by Cecy Robson (@cecyrobson, @reneechambliss)”