Wilhelmina has a hundred identities.

She is a princess. When the Indigo Kingdom conquered her homeland, Wilhelmina and other orphaned children of nobility were taken to Skyvale, the Indigo Kingdom’s capital. Ten years later, they are the Ospreys, experts at stealth and theft. With them, Wilhelmina means to take back her throne.

She is a spy. Wil and her best friend, Melanie, infiltrate Skyvale Palace to study their foes. They assume the identities of nobles from a wraith-fallen kingdom, but enemies fill the palace, and Melanie’s behavior grows suspicious. With Osprey missions becoming increasingly dangerous and their leader more unstable, Wil can’t trust anyone.

She is a threat. Wraith is the toxic by-product of magic, and for a century using magic has been forbidden. Still the wraith pours across the continent, reshaping the land and animals into fresh horrors. Soon it will reach the Indigo Kingdom. Wilhelmina’s magic might be the key to stopping the wraith, but if the vigilante Black Knife discovers Wil’s magic, she will vanish like all the others.

Jodi Meadows introduces a vivid new fantasy full of intrigue, romance, dangerous magic, and one girl’s battle to reclaim her place in the world.


There are a lot of things wrong with this book. A lot, a lot. Probably more than five. I’ll make a list later, but I want it to be clear that ORPHAN QUEEN is a seriously flawed example of YA fantasy . . . Before I tell you that I kind of liked it anyway.

1. Plot twists not so twisty. WORSE, Wil (short for Wilhelmina which is a whole nother problem) was shocked by them when they played out.

If it had been a singular instance, like when the identity of Black Knife (the vigilante . . . named Black Knife . . .) was revealed, I probably would’ve let it go.

2. Bad lingo. This is a problem with layers.

Why do you need new colloquialisms in a YA fantasy duology? YOU DON’T.

But. If you’re going to do it anyway, it had better be worth the effort, and substituting your pinky finger for your middle finger as a rude gesture does not qualify as worth the effort:

It took all my self-restraint not to flip my little finger at her. 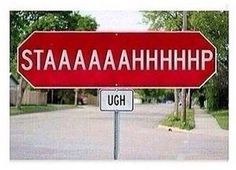 I’ll admit they’re a bit more fierce in appearance than I expected, but still . . . in a world where other house symbols are dragons and unicorns (<——problems as far as the eye can see), where does a bird commonly confused with water fowl fit in?

And why the hell would you name a noble line “House of the Unicorn,” if it’s not in a story for a five-year-old?

Then there was the time Patrick did the thing I’d been waiting for him to do at a completely baffling moment: View Spoiler »reveals his intention to be Wil’s King—for the good of the kingdom, of course—by flatly stating that if she was “wise,” she would marry him.

And he did this just after she found out the mission she’d been against (but he organized anyway) led to death of two of their members. « Hide Spoiler

4. Poor execution/lack of subtlety. There were multitudes of cool plot-twists-that-could-have-been that were either ruined by Meadows’ impatience or by saying things that were obviously happening could not be happening b/c reasons.

This is also the reason the plot twists weren’t so twisty.

6. Grab bag sans any kind of originality. I know there’s no such thing as a new idea, but you have to put your own mark on it. You can’t just cobble together a bunch of odds and ends, slap a title on it, and call it a day.

Okay, obviously, you can. BUT LOOK AT JURASSIC PARK, PEOPLE. Who still thinks it’s a good idea to grow dinosaurs just b/c WE CAN?

7. Ignored obvious solutions and ignoring this obvious solution in particular was ground zero for basically ALL the problems in the last half of the book: View Spoiler »Rival King to Wil (who doesn’t know she’s Wil) about his (the King’s) and her parents intentions for her and Tobiah:

“We always said that our children would marry and unite the two kingdoms . . .”

“Soon, regardless of our actions tonight, our kingdoms would be at war. After all, he couldn’t just give up Aecor to me. Could he?

But why would he? Kissing wasn’t a good enough reason, and I couldn’t think of any political advantages to releasing a valuable piece of land, even if it was to stop a minor war.”

Really? B/c King already told you what would FIX IT. *headdesk* « Hide Spoiler

8. REALLY flimsy main concept. Use of magic has been outlawed in Wil’s world b/c overuse is being blamed for an explosion of BAD magic (called Wraith) into existence, warping and/or destroying anything it comes into contact with. It’s covering the land like waves creeping up a beach at high tide.

But this is all we get:

“That’s the theory,” Clint said. “The overuse of magic triggered a cataclysmic reaction we haven’t been able to reverse.”

Except there’s very little evidence to support the theory, and what they do have is circumstantial.

Maybe that’s the point, b/c despite Wil’s back and forth on the issue, I’m not convinced they haven’t been digging their grave with their assumptions.

BUT if that’s the case, the world leaders made BIG decisions based on . . . nothing of substance.

Either way, it’s a problem.

So yeah . . . a lot of issues. THE ORPHAN QUEEN is definitely not for readers who need well-planned, well-executed, logical worlds and plots. BUT. It was an entertaining and easy read, and when I finished, I didn’t want to hunt down Meadows and demand my day back (<—–always a good thing). I’d recommend it to someone looking for a brainless way to spend a Saturday.

10 responses to “Review: The Orphan Queen by Jodi Meadows (@jessicadhaluska)”