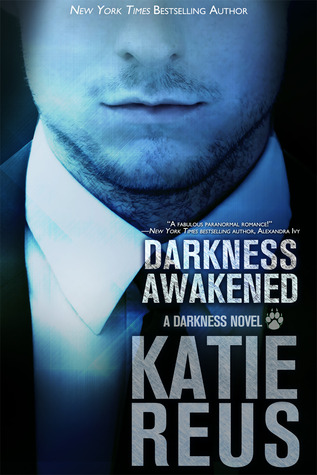 Years ago he ended things between them to protect her…

As leader of one of the fiercest werewolf packs in the south, Finn Stavros is in full battle mode 24/7. He has no choice—he’s one of the few beings strong enough to fight the Akkadian demons, whose mysterious escape from hell threatens the entire world. With the battle turning bloodier by the second, Finn is ready for anything…until his vampire long lost love shows up on his doorstep in desperate need of his help, sending his heart into a tailspin. He agrees to help her, unaware that she carries a shocking secret that will turn his life upside down.

This time, he’s not letting her go…

Vampire Lyra Marius curses the day she met Finn. The ruthless werewolf promised to love her forever, but he rejected her instead—before she could share her life altering news. Pregnant, kicked out of her coven, and cast aside by the love of her life, Lyra struggled to raise their rare shifter-vampire daughter Vega alone among humans. When the 16-year-old is kidnapped and used to fulfill a frightening prophecy, Lyra swallows her pride and turns to Finn for help. But how long can she fight her feelings for him and keep him from guessing the truth about who Vega really is? As they race against the clock to save their daughter, they must defeat the lethal threat imposed by demons infiltrating the human world and a hell gate that could not only reveal their existence to mankind, but destroy the world in the process.


I pulled this one out of my to be read pile after the second went on sale and I bought it as well. I decided I should probably read the first one before I managed to buy the whole series before actually reading even one of them!

Werewolf pack leader Finn Stavros is in the middle of trying to figure out why there are so many Akkadian demons suddenly populating his part of Louisiana. Especially when there shouldn’t be any. He and his pack are trying to clean up the problem when after seventeen years, the vampire female that he had loved and lost, shows up at his home. Lyra Marius is Finn’s only vulnerability. He had to break it off with her due to his bully of an uncle and pack leader at that time-or risk his uncle killing her. Vampires and werewolves don’t mate, especially if they are both pretty much royalty to their people. Lyra’s sixteen year old daughter, Vega, has been kidnapped and there is a vampire prophesy about a born(not bitten)vampire hybrid of her age, who’s blood has to be used to open the door for the all the demons.It takes a solar eclipse to complete the prophesy and that is only five days away.What Lyra doesn’t know is that Finn has been actively searching for her since he challenged his uncle and killed him.

This second chance romance was a fairly good one. I would have liked to see a lot more about how they met and got together seventeen years before. That’s probably because my favorite part of a romance is when a couple meets. I wanted to see what they saw in each other back then, and see all the dynamics of their six month relationship when they were younger. Of course they aren’t young in human terms, as they both are immortal.

The premise of the demons escaping into the world was also a fairly good one, and although done so many times before by other authors, this author managed to bring in new descriptions of demons and their attributes-and how they are escaping. There actually is a good bit of world building beyond the demons. I didn’t feel like there was an info dump, it’s just told in bits and pieces to the reader here and there throughout the story. Always a good thing in a read for me.

Main characters of Finn and Lyra were fully realized by the author and we do get both points of view.They were both extremely strong willed and the chemistry between the two is pretty much off the charts. We also get to see a good bit of Vega, and I hope that we get a grown up story about her at some point. Of course there are other characters introduced that I hope will get their story told, as well.

To me, even though it started out with quite an exciting scene, I still thought it was a bit slow in the beginning. It took me awhile to really get into the story, though of course that might have been just me because I do read a lot of this type of book. I kept putting it down and reading other books, but in the end I did like it.

This is the first book by this author I have read and I am looking forward to reading book two titled, Taste of Darkness. And that one features a dragon and werewolf romance. This was a good werewolf shifter read, and I recommend it to adult paranormal romance readers.