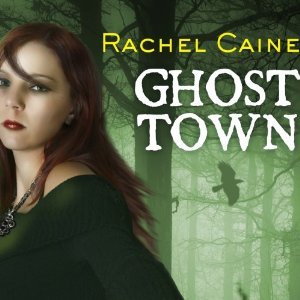 While developing a new system to maintain the town's defenses, genius student Claire Danvers discovers a way to use the vampires' powers to keep outsiders from spreading news of Morganville's "unique" situation.

But when people in town start forgetting who they are-including the vampires-Claire has to figure out how to pull the plug on her experiment before she forgets how to save herself...and Morganville.

I continued with this series by listening instead of reading. As usual with any of the books in this series, I got pulled into the story and didn’t want to stop listening. It had just been long enough since I read the first eight books almost back to back, to completely engage me all over again. Morganville, the town that these books take place in, is a town run by vampires. A town where human’s can’t leave, and where the taxes they pay are at the blood bank. Great premise!

Claire is still working with Myrnin, otherwise known as an on again/off again crazy, very old vampire-also considered by many as the best character of these books.They have been working on getting the machine that takes care of the town back up and running. No matter that he thinks that using Claires brain would be just the thing to make the machine work. Of course, that would mean that Claire would no longer have a body. Since they had to do away with Ada, the last person that had her brain attached to the machine, Myrnin, has been grieving for her. Of course, as always, Claire is involved in all the inner workings of the town. Not because she’s a vampire-she isn’t-but because not only is she a teenage genius, but she has become a sort of favorite of the town founder, Amelie-but not always in a good way. When the problem with the machine is solved, you would think things would be smooth sailing for our feisty heroine. That couldn’t be further than the truth. It never is in Morganville.

Once again, this author has come up with another intricate plot to keep Claire, her boyfriend Shane, and her friends Eve and Michael, right smack in the middle of another mystery and more than enough action, and yes, even more deaths of both the human and vampire kind. College students attend the Rave from Hell, and of course Claire, Shane, and Eve are right in the middle of it. Not to mention that everybody seems to be having lapses of memory. Something weird, or rather weirder than usual, is happening in Morganville.

Narrator Cynthia Holloway was very good, as far as the female voices, but her male voices weren’t the best, in my opinion. She just didn’t make her voice go deep enough. However, it wasn’t that big of a problem, and I would listen to one of these by her again. Like I said, I was completely drawn into the story, and that has to be partly due to the narrator.

These books are not only for young adults, but for anyone that enjoys good writing, plotting, wonderful characters,a sweet(sometimes lustful romance), and snark, all surrounded by the horror of living in a town controlled by vampires. Ms. Caine is an excellent storyteller, and these books should be a must read for anyone that enjoys a paranormal story.
Highly recommended!