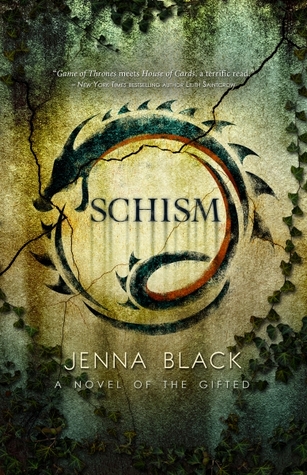 As his power grows, so does his malice.
No one is safe. No one can fight back ...
...But they can die trying.

Unforgiving and power-maddened Alberto di Tommaso threatens to take over all of Europe with his iron fist and sinister magic, endangering the very existence of the Gifted. As Alberto's influence and his vile agenda spread, the rebel Patriarch, Matt Landy, and some unlikely allies must stop him before he provokes a war the Gifted cannot win. But with Congress and Homeland Security starting to turn against the American Gifted, the conflict is destined to be greater than any of them imagines. This time, good may not stand a chance against an evil so toxic.

But they will fight.

This is a fairly unknown series, but it is one that I’ve really enjoyed so far and highly recommend. I read book one, The Gift Dead, last year and found the story very complex with a lot of very well developed characters. There is a ton of politics in this series between the Gifted and UnGifted people and even more between the Gifted people themselves.

The Gifted are humans with special abilities, like a power or magic, along with immunity to most diseases. They have to earn their gifts from the Anima, through a quest. The Gifted feel that these quests are assigned based on what is best for the Gifted race. If the Anima, it is usually done without question. It is a form of religion for the Gifted, though there is one Gifted person who does go to a Christian church, but that is frowned upon.

Schism pretty much picks up where The Gifted Dead left off. Without going into too much detail, so as not to spoil this story or the previous one. The Anima has split into two groups with two Patriarchs, a US group following a more modern Doctrine. There is also group in France that call themselves True Order which is wanting to go back to a more old world Doctrine. The old world Doctrine is taking things back to not allowing women to have any say and other non-modern beliefs. The True Order also believes that they should be separate from the UnGifted and shouldn’t be subject to UnGifted laws.

The beliefs and actions of the True Order’s Patriarch causes quite the stir in the US with the UnGifted. The Gifted are trying to flee France and even Europe. America is trying to close it’s borders to the Gifted refugees. The ones that are making it in are in danger of violence from scared UnGifted. When I first started reading this, I noticed a lot of similarities with things that are being suggested in some current events after the attack that happened in Paris. Blaming of an entire group of people because of the actions of a small faction of radicals. It was very mind-blowing to read this so close to the events of the Paris attacks. I actually read this book prior to Thanksgiving, less than a week after it happened. I love that this is tackling real-life problems in a paranormal setting (even though I don’t believe that was it’s intent).

This is a series that has been called Game of Thrones meets House of Cards. This is a pretty good explanation of the series so far. There are these great characters, many of which are not good people. There are even some very terrible people. Even the people who aren’t bad people, have done some bad things for different reasons. The world that Ms. Black has built is very interesting with an exceptional story. It is a pretty dark story with some pretty harsh subjects and torture. I would say that if you read Rachel Vincent’s Menagerie and enjoyed it, you should really give this series a try. This is definitely a series where you will need to read The Gifted Dead before tackling this one, but well worth it. I’ve really enjoyed both books.