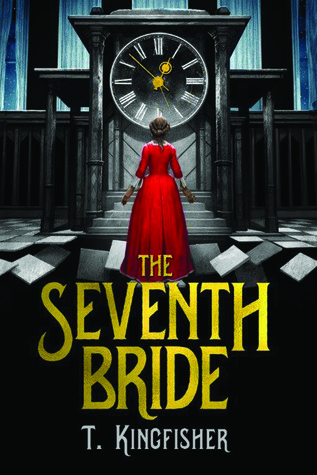 Young Rhea is a miller’s daughter of low birth, so she is understandably surprised when a mysterious nobleman, Lord Crevan, shows up on her doorstep and proposes marriage. Since commoners don’t turn down lords—no matter how sinister they may seem—Rhea is forced to agree to the engagement.

Lord Crevan demands that Rhea visit his remote manor before their wedding. Upon arrival, she discovers that not only was her betrothed married six times before, but his previous wives are all imprisoned in his enchanted castle. Determined not to share their same fate, Rhea asserts her desire for freedom. In answer, Lord Crevan gives Rhea a series of magical tasks to complete, with the threat “Come back before dawn, or else I’ll marry you.”

With time running out and each task more dangerous and bizarre than the last, Rhea must use her resourcefulness, compassion, and bravery to rally the other wives and defeat the sorcerer before he binds her to him forever. 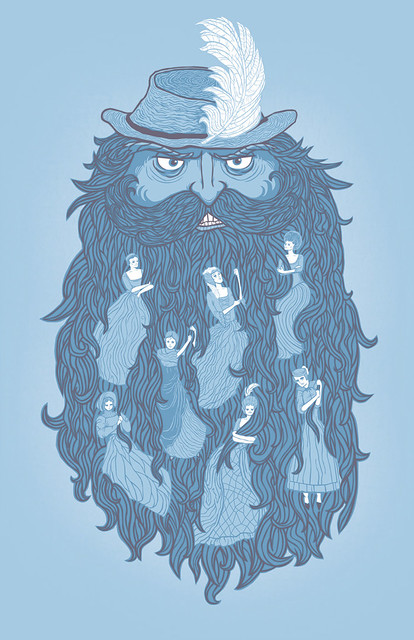 Not a fairytale I was very familiar with, but I knew the basics: wealthy, lord(-like) guy marries a pretty, young thing and takes her home. He immediately has to leave (b/c reasons). She has freedom to explore the many rooms of her new residence, but she is expressly forbidden to enter ONE of them. Curiosity overwhelms her, and she finds a way into the room, where she discovers . . . the bodies of all his previous wives.

THE SEVENTH BRIDE is an interesting twist of the original, and it is as fantastical as it is clever.

I struggled a little bit in the beginning. I had just finished THE BLACK COMPANY (which is darrrrrrk), and this had the bubblegum sweetness of a middle grade story. The contrast by itself would have made it difficult to adjust, but I was also expecting a more mature story—it specifically says on the author’s Goodreads page that T. Kingfisher is the persona she uses while writing for adults.

Rhea had a showdown with a bullying, lunch-stealing swan that ended in excrement.

But I stuck with it, and our girl showed surprising backbone and intelligence.

Beyond that, the retelling was delightful. The world was vibrant with color, which only served to make the goings-on more creeptastic. I’m not going to say more than that, b/c the more you’re free to discover for yourself, the better.

THE SEVENTH BRIDE by T. Kingfisher is new spin on an old tale that makes it feel shiny and nearly brand new. Sandwich-stealing swans and hedgehog familiars keep things fun, even as the evil sorcerer makes you cringe, and, as always, hubris is a fatal flaw. I highly recommend this standalone to anyone who enjoys fairytales and their retellings.

6 responses to “Review: The Seventh Bride by T. Kingfisher (@jessicadhaluska)”