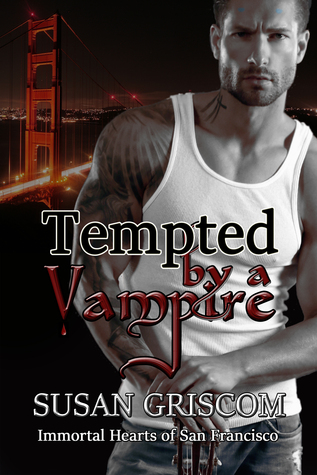 Cian DeMarco, a sexy, rockstar billionaire vampire has lived in San Francisco's prestigious Cliff Side neighborhood in his beautiful mansion overlooking both the San Francisco Bay and the Pacific Ocean for seventy years. Happily—or so he thought. Until the rare beauty that is Magdalena De la Rosa sits down at one of the front-row tables in Club Royal where he and his band perform once a week.

Magdalena De la Rosa has it all—Bachelor's degree in journalism, a job she loves in California, a gorgeous apartment in San Francisco, and a dream guy. Except her boyfriend lives and works in Sacramento—an hour and a half drive from the city Magdalena has always fantasized about living in. All her dreams change, however, when she and her girlfriend find their way into an upscale nightclub and she's suddenly swept off her feet by the lead singer of that night's performing rock band, The Lost Boys.

Sparks ignite between the two until a threat that was thought to no longer exist returns to wreak havoc on Cian's and Magdalena's lives. Will the temptation to be together outweigh the reality of what Cian must do to keep Magdalena safe from harm?

A stand-alone book. The first in the all-new Immortal Hearts of San Francisco series. 18+ due to adult content.


Vampire rockers in San Francisco? Yes, please. I am pretty much always up for a good vampire romance, but I also want my vampire reads to make sense, and to involve a good share of mystery and/or action. Just my personal taste. I want to say first, that I really wanted to love this book, I should have loved this book, but ended up only liking it.

Cian is lead singer of the band, The Lost Boys, and they play Saturday nights in the bar that Cian and his fraternal twin brother, Lane, owns. All of the members of the band are vampires and are all about the music. Magdalena, or Mags, has just moved to San Francisco after college to start her dream job in journalism. She has a jerk(and cheater)of a boyfriend, Kellen, who lives and works over an hour drive away from Mags. Her best friend and roommate is Vanessa. Instead of settling in their first night, they go out and end up in Cian’s bar. And that was it for Cian. Love at first sight, soulmates, whatever it is, he has to have her. On Mags part, she is pretty smitten, but still thinks she loves her boyfriend.That being said, they soon have their first date, which quickly ends up way more.

Coincidences. I dislike it when an author uses one to cause action to happen. This book has at least two big ones. Some would call them twists, in these cases to me, not so much. There is a third twist that was a true twist for me, and it really added to the story. As much as I didn’t like the reason for the twist, it was the part of the book that causes all the action in the later part of the read. So that was a good thing.

For the most part, I did mostly enjoy the romance. It’s fast, pretty much insta-love-especially on Cian’s part-and the sexual scenes are pretty intense. As far as world building, there is some and more is alluded to that I found interesting, as well. These vampires have lots of special powers, reading minds, compelling people, teleporting, and of course, no reflection in a mirror. My least favorite thing in a vampire book is the mirror thing, although I have to give this author credit, she does have an interesting spin on this.

I think I might have liked it a bit better if Mags had some flaws. Or Vanessa for that matter. They are both beautiful, and already have their dream, high paying jobs,right out of college. Does that even happen? Mag’s thoughts aren’t very deep, and I guess I just wanted more out of her as a character. The reader gets a bit more about Cian, and a backstory, but mostly he is obsessed with Magdalena. He does have a scene at the beginning of the book that had me almost DNF’ing the whole thing. Compelling someone for blood is one thing, but add in a sexual component with a stranger, and yeah, it came close to losing me. It bothered me, so I felt it needed to be mentioned.

23 responses to “Review: Tempted by a Vampire by Susan Griscom (@Mollykatie112, @SusanGriscom)”