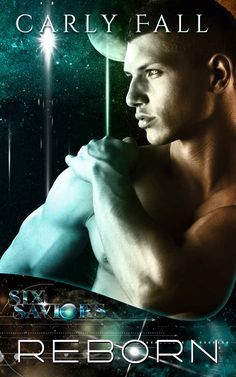 Warrior Hudson from the Six Saviors seems to have it all – good looks, fine clothing, expensive jewelry and women just waiting for their turn to sleep with him. But, what he safely keeps hidden from the world is the terrible pain he’s suffered for many years. As he fights his internal demons, he joins his fellow Warriors in waging war on the evil from their planet that has been let loose on Earth.

Beverly Devlone was a highly respected doctor, until tragedy hit her and a drug addiction destroyed her career and reputation. As a lonely woman fresh out of rehab, she’s now uncertain of her place in the world, what her purpose is, and where she belongs.

When an explosive event brings Hudson and Beverly together, the instant attraction between them cannot be ignored. As the two grow closer and share secrets, they help each other heal from the shackles of their pasts.

But true happiness eludes them when they are forced to go their separate ways, until Beverly returns with an admission that will rock the very fabric of Hudson’s world.

I have been reading this series for probably over the last three years. And that’s not because they aren’t good reads, because they really are. This is the third book in the series, and I have enjoyed all three so far. I have no excuses as to why I am taking so long with this series. None.

This series tells the story of six warriors from another planet that have come to earth in search of colonists that have invaded earth, and are criminals of the worse kind. Their favorite thing to do is kill humans, the more gruesome the better. The warriors all live together in a fully renovated underground silo in Arizona. The six have been on earth for over two hundred years and have taken on human form although their own misty form is inside them and the only thing that manifests is glowing, different color eyes at night only. The only thing that can make them lose their real form and start to age as human, is if they mate with the person that is their true mate. It doesn’t help that they look like gods among men-totally hot and extremely fit. So yes, women notice them, and they do enjoy the occasional night spent with one. Two have found their mates and now it’s Hudson’s turn. Hudson was the one I really was excited for. He’s super alpha male AND he loves to cook.

Hudson has decided that since he already met his only mate a long time ago and was turned down, that he can no longer live in the pain he has been in for close to thirty years. So he takes himself to a four star resort to spend a couple of days in luxury before he kills himself. While there he meets Beverly, and is attracted, but doesn’t pursue it since it doesn’t fit his sad agenda. Before he can do anything, he is attacked by a colonist and tortured. Beverly is a disgraced physician. After some horrible and painful physical and personal problems, she became addicted to drugs. Long story short, she’s clean now and at loose ends. Through a series of events, she ends up being the person to help when Hudson can’t go to a hospital

I always enjoy the banter between all the guys and now that women live in the house, the men are changing things up a bit-not much, but a bit. They all still care about each other like a family would. So the friendships are as important as the romance in these books, at least I think they are. There’s always a colonist causing havoc, and after the torture he endured, Hudson has a bone to pick with one in particular.

This read, while it features aliens, at it’s heart is a romance. A romance with suspense that involves horrible killers, but still a good sensual romance. The characters are fully defined with real flaws. Nothing like flawed characters that find their mate to change up their life!

It could stand alone, but really you should start with the first book, “The Light Within Me,” in order to get all the background and see how the two others went about finding their mates, all while colonists are causing mega problems. I recommend these to adult paranormal romance readers, and I do plan on reading the next one, sooner rather than later. I promise!