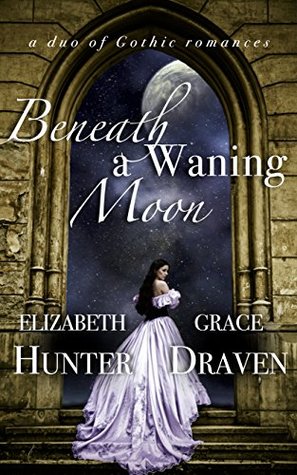 In A VERY PROPER MONSTER, Josephine Shaw spends long nights filling the pages of her Gothic stories with the fantastic and the macabre, unaware that the suitor her father has arranged is one of the dark creatures she’s always dreamed. For Tom Dargin, courting an ailing spinster was only one duty in a long life of service to his sire. But after he meets the curious Miss Shaw, will Tom become the seducer or the seduced? Can a love fated to end in tragedy survive a looming grave?

In GASLIGHT HADES, Nathaniel Gordon walks two worlds—that of the living and the dead. Barely human, he's earned the reputation of a Bonekeeper, the scourge of grave robbers. He believes his old life over, until one dreary burial he meets the woman he once loved and almost married. Lenore Kenward stands at her father’s grave, begging the protection of the mysterious guardian, not knowing he is her lost love. Resolved to keep his distance, Nathaniel is forced to abandon his plan and accompany Lenore on a journey into the mouth of Hell where sea meets sky, and the abominations that exist beyond its barrier wait to destroy them.

With the growing popularity of novellas as prequels or in-between-full-installment stories, I’ve gotten less blindly one-clicky and more discerning . . . So many authors and/or publishers are shamelessly capitalizing on the trend, producing not much more than filler that leaves the reader feeling unsatisfied and mislead . . .

NOT so, Elizabeth Hunter and Grace Draven, two of my most favorite indie authors in the history of ever.

Their latest joint venture, BENEATH A WANING MOON was a delight to read. Both stories were better developed than many a full-length novel I’ve read, but that is the kind of quality I’ve come to expect from both Hunter and Draven, so I wasn’t surprised.

I’ve been a long time fan of Hunter’s novellas. They regularly move me to tears, and by tears, I mean sobbing like I’ve been done some kind of personally injurious harm . . . Sometimes several times . . . *sighs* . . . It can be embarrassing.

This gem was no exception, and (IMO) it can be read without prior series knowledge.

That being said, in Hunter’s most recent installment of her ELEMENTAL WORLD series, we found out that Patrick Murphy’s #2 (Tom) was Mated to a rather ethereal creature named Josephine a loooong time ago.

Josephine was a character I instantly liked. She was a novelist, she was a hermit, she was determined, she was prone to fits in which she rambled nonsense that might not be as nonsensical as initially believed.

Her fits were explained as a side effect of being turned while in poor health.

In A VERY PROPER MONSTER, we get to witness Tom and Josie’s love as it blossomed and grew into something so intense, so profound that Tom could not contemplate life without Josie by his side.

And you don’t want him to have to. You really don’t. It hurts. *whispers* In a good way.

Other points of interest include a villainous villain who reminds me of Lorenzo (from ELEMENTAL MYSTERIES), a pre-split Anne and Murphy, and a multitude of hilarious letters from Josephine to her friend Lenore:

Do not reveal this to anyone (unless you’re taken by villains and tortured for it, of course).

Good times are had by all (except cousin Neville, the swine), and Josephine is a solid contender for favorite ELEMENTAL WORLD character to date.

A VERY PROPER MONSTER proudly adds another feather to Hunter’s cap (that is well on its way to becoming scandalously ostentatious). Highly recommended.

SO. It’s no secret that steampunk isn’t my thing. Too often the gadgets overwhelm the plot that is too often filled with dead things (b/c Victorian obsession with death).

*melancholy sigh* (b/c the moods of books, they’re infectious.)

I don’t like dead things. Ironically, Draven perfectly captures my view on the subject in this very tale:

After Harvel’s experiment, and with gehenna-tainted blood in his veins, he was no more human than the Hound and a hundred times more terrifying. Like those fearful folk, he’d once been an ordinary person. Now he represented the horrors that might have happened to any one of them but by the grace of God had not. In his observations, people feared the almost far more than the what if.

BUT. There is no surplus of gadgets, there is only one (pseudo) dead thing in this tale, and even if you don’t typically like steampunk, GASLIGHT HADES has a strong enough romance-based plot line to hold your interest.

I know this for FACT.

The beginning was a little bit slow for me, but once Nathaniel and Lenore started getting (re)acquainted, I was hooked:

Not to mention how interesting Nathaniel’s altered existence is. *high fives Draven* for creating a scenario in which someone dead could be brought back to life in a way I didn’t find objectionable. *pigs fly*

Sadly, I’m not current enough with Draven’s work (a deficiency I plan to remedy) to know whether or not GASLIGHT HADES in a standalone story or part of a series, but I was fine reading it as a standalone regardless. Also highly recommended.

Once again the combined work of this talented duo is well worth the small expense—gotta love the rare beast that is the quality indie publication. If you haven’t already checked out Elizabeth Hunter or Grace Draven, please do so immediately. I’m only looking out for your best interests. *nods emphatically* And BENEATH A WANING MOON is an excellent place to either start or renew your acquaintance with these lovely ladies.

11 responses to “Review: Beneath a Waning Moon by Elizabeth Hunter and Grace Draven (@jessicadhaluska, @E__Hunter, @GraceDraven)”