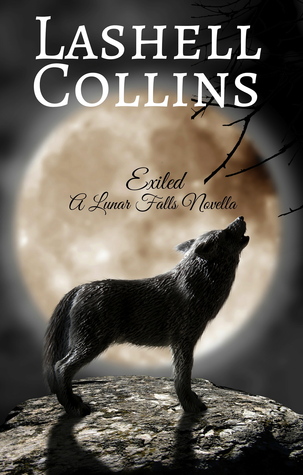 Shame and dishonor are all that Zach Mason knows now. Exiled from his pack for one incredibly stupid decision – conspiracy to overthrow the GrandAlpha – he now lives a solitary existence, desperately longing for a life he can no longer have. But when the winds of fate blow him into the path of the beautiful and alluring Sarah Masters, someone he never expected to see again let alone take as his mate, Zach begins to wonder if maybe home is wherever the heart is. At any rate, he knows that he'll follow her anywhere. Even back to the home he was exiled from upon the threat of death.

The song says you can always go home, but Sarah Masters knows better. Sometimes home is simply not an option anymore, not when the only things there for you are humiliation and disgrace. But the longer she stays away the more homesick she gets, and when Zach Mason shows up in the last place she ever expected him to be, reminding her what love really looks like, Sarah knows that home is exactly where she needs to go in order to make things right. Even though her cousin, the GrandAlpha over the five packs, has vowed to kill her new mate if he ever sees him again.

Novellas versus short stories. Not sure I know the difference anymore, if there is one. I went into this read thinking it was a novella, and at the end the author called it a short story. And yes it is pretty short. It’s not a bad way to spend an hour or so, however!

Sarah is a Moon Hunter, otherwise known as a werewolf. She left her pack behind in Ohio to get away from the stigma and shame that her father caused when he committed treason against the Grand Alpha (Gabe) of their pack. So she packed up and moved to a small town in Kentucky, and is living a pretty lonely existence in a place where she will never have anyone to share the full moon hunting nights with, or ever be in a pack with other wolves. She has found a job as a waitress in a bar, and that’s pretty much all she has in her life. Zach has been exiled from his pack on pain of death if he returns. He would have been dead, but had his life spared when the Grand Alpha’s mate Carly talked Gabe out of killing him. Zach was in on the plot against the Grand Alpha with Sarah’s father, Silas. So he too is alone and wandering aimlessly, as long as he stays away from Ohio. He ends up in-you guessed it-the small bar in Kentucky where Sarah is working. It doesn’t take long for him to realize that Sarah is his mate-something he was fighting against with Silas, as they didn’t believe in imprinting.

I really enjoyed getting back into the world of the Moon Hunters. The characters were very likable and Zach is contrite about what he did along side of Sarah’s father. Especially now that he realizes that mate bonding does exist. He was one of the villains of the series, but now I really ended up liking him. I loved how protective he is towards his mate, and how he would be willing to sacrifice everything for her in order for her to be happy and safe. Sarah ends up being a super strong mate for Zach as well.

I am not going deeper than that for this read, as it is so short.I am a bit unhappy that it wasn’t longer and more detailed. At one point the story skips seven months. I think I would have liked to see some of that seven month time period. I enjoy this world the author has built and I wanted to spend more time there. So I guess that’s the mark of good world building and characters that make you want to keep reading. Also the mark of a good writer as well. I just wanted more I guess.