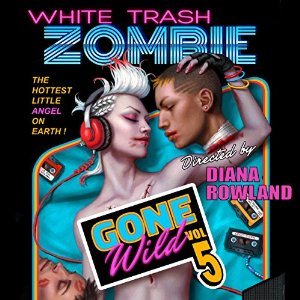 Angel crawford has buried her loser past and is cruising along in undead high gear--that is, until a murder-by-decapitation sends her on a hazardous detour. As Angel hunts for the killer, she uncovers a scheme that would expose zombies to the public and destroy the life she's built, and she's determined not to rest until she finds out who's behind it.

Soon she's neck-deep in lies, redneck intrigue, zombie hunters, and rot-sniffing cadaver dogs. It's up to her to unravel the truth and snuff out the conspiracy before the existence of zombies makes headline news and she's outed as a monster.

But Angel hasn't quite escaped the pill-popping ghosts of her past--not with an illicit zombie pharmaceutical at her fingertips. Good thing she's absolutely sure she can handle the drug's unpredictable side effects and still take down the bad guys...or maybe she's only one bad choice away from being dead meat--for real this time.

Angel knows a thing or two about kicking ass, but now the ass she needs to kick might be her own.


Angel Crawford is at it again in WHITE TRASH ZOMBIE GONE WILD taking on multiple plot threads, dodging cadaver dogs, and battling inner demons. The story was a clever spin on Zombiefest-gone-bad, and things are starting to come together for the heroine on the work front. I was happy that Saberton was put on the back burner for an installment, and that Marcus is now firmly in the “friend zone”. Still, I did take issue with Angel’s regression, and the ending wasn’t ideal.

This novel took a turn for the silly with less emphasis on corporate espionage, and more on redneck drama—think too much alcohol paired with trailer park logic and a doomsday prep kit. Crawford’s paranoia also catches up with her when Allen & Dr. Nikas, her bosses, confront her about two separate issues, but not for the reasons you’d suspect. It was nice seeing the protagonist’s support system establish itself, and I just love her dad to bits!

Angel’s been on a path of self-improvement for most of this series; she got her GED, kicked her bad habits, and is working hard on building her career. However, I knew that a relapse was brewing, and would have been ok with it had the author not used it solely as a gimmick, and as a way to forgive amateur mistakes. Crawford still had plenty of awesome moments, but her decision making wasn’t up to snuff, and I was bummed that her character was somewhat devalued because of her actions.

Allison McLemore’s narration is the difference between these books going on my someday pile or my pre-order list. Whenever the next installment is on the horizon it becomes a rat race to find where the audio is available in Canada because the last two volumes have been difficult to find. But, McLemore’s performance is worth the added legwork because her Louisiana voices are beyond compare, and her snark compliments Diana Rowland’s humour to a T.