Celia Breslin is dropping by the blog once again to share an excerpt from her next werewolf book, UNDER A MATING MOON. Check it out, and if you want to know more, scroll down even further for my review.

A billion butterflies battered Lexi’s stomach. She shifted her attention from Ross to the piano. Sure enough, the music had stopped, and Jake faced her from his seat on the bench. Man oh man, the heavy stare from those sky blue eyes sent shivers skittering down her spine. His gaze held the same intensity she remembered from him as a kid, as if he saw into the heart of people, exposing their deepest secrets. It had driven her crazy back then, and she’d spent much time teasing him, pulling his hair, trying to distract him from being so serious all of the damn time. They were teenagers—partying was supposed to be their sole focus.

With his ice-blue stare locked on her, Jake rose to his feet, all taut muscle and predatory power. His energy swept over her like a tsunami, forcing all of the moisture to abandon her mouth while parts much lower wept with want. Her inner Wolf howled, answering the call of this Alpha, the first Dominant male ever to make her sit up and take notice. Holy crap. Her muscles shook with the need to bound over to him, jump in his arms, wrap her legs around his torso and writhe against his hard, hot, tattooed body.

Jake said something to his uncle then stalked straight at her, cutting a path right through the middle of the tables and the many, too-curious patrons.

A whimper escaped her throat.

Surprise sparked in her brother’s brown eyes. “You’re kidding me. Him?” He burst out laughing. “Wow, sis, that’s some major, big-time irony right there.”

Darci’s expression conveyed her bewilderment. “Now what are you two talking about?”

Her annoying brother grinned. “See that angry Alpha headed our way? My sister here rejected him when they were teens and he’s apparently her—”

Lexi socked her brother in the ribs. “Shut it, Ross.”

“Ouch.” Ross rubbed his side and chuckled at her plight. The jerk. “Come on, Lexi, you have to admit the hilarity of the situation.”

No, she did not. Nor did she have to admit that J-Bird was right all those years ago. He was her mate. O to the M to the G…. They were mates.

Even so, he didn’t look happy to see her at all. In fact, he looked positively enraged. Shit, shit and triple shit. What a mess she’d made eight years ago. Well, she was woman enough to pull on her big-girl panties and fix it. She straightened her spine and lifted her chin in challenge, meeting Jake’s stormy stare. He halted before her.

I can do this. “Hey J-Bird. Nice to see you.” Lovely. Her voice sounded like she’d eaten the gravel from the lot in front of Gee’s bar. Embarrassment heated her cheeks.

One breath, two breaths, three…. J-Bird glared. Tension coiled between them in the silence. Lexi bit the inside of her cheek to avoid babbling at him. She’d said hello. It was his turn. Damn it, J-Bird, say something. He wasn’t making this easy.

“Alexina.” His arctic tone dismissed her and slapped her in the face at the same time, leaving her disappointed and confused. No one called her by her full name. No one except her parents when she’d done something wrong as a kid. He might as well have said, “Screw you,” while slamming a door in her face.

His focus shifted to her brother. “Hello, Ross. Been a while.” His hand shot out to grasp her brother’s in a cordial shake.

“Good to see you, Jake. Join us for lunch? My treat. We can catch up on old times.”

“No, thank you. I’m done. Nice to see you again, Ross.” Jake nodded at Darci. “Miss.” He brushed past them and out the door.

“What. Just. Happened?” The, “I’m done,” he uttered in his delicious British accent seemed aimed more at her than at her brother’s offer. And the fact he hadn’t even looked at her before stalking out all sexy in his gloom and doom? Yeah, that hurt.

“I think you know, sis.” The amusement left her brother’s face and sympathy glimmered in his gaze. “Question is, what are you going to do about it?”

She’d never run from a fight in her life. She wouldn’t start now. “Grab a table. I’ll be back in a second. Or not.” She ignored her brother’s knowing grin and hurried out the door. 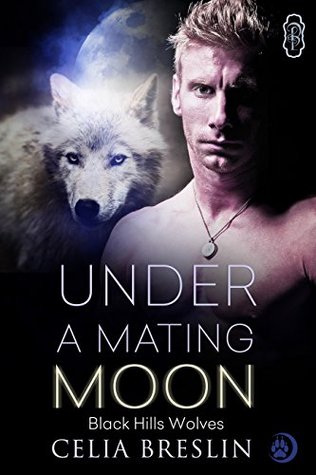 British Alpha wolf Jake Matthews spends his days among humans, pursuing a lucrative music career and avoiding his pack’s politics. When his current DJ tour takes him to the US, he stops in Los Lobos to visit family, and runs into the one Wolf he never wants to see again—the mate who rejected his claim.

While visiting her brother in Los Lobos, free-spirited Lexi Luparell is shocked to encounter the Wolf she’d denied when they were teens. Now she must face her guilt for the cruel way she spurned him all those years ago, make amends, and admit the truth. Jake was right all along—they’re meant to mate.

Lexi would love to explore the mate concept and her overwhelming attraction to virile, Alpha Wolf Jake, but he wants nothing to do with her. How can she break down his defenses when she’s the reason he built them in the first place?

Jake dates only human women now. Lexi had her shot at being his mate, and she threw it away. But when her life is threatened, he may have to rethink his position and do whatever it takes to claim his one true mate.

So now we’re back in Los Lobos, site of the authors previous novella, Diamond Moon. I enjoyed that read, and quickly agreed to read this one as well. I received a copy of the book from the author, in exchange for a fair and honest review.

When Jake, a wolf shifter, was fourteen he realized that his mate was sixteen year old, Lexi. Lexi, being a pretty typical teenage girl, was pretty horrified with the idea and completely spurned and embarrassed him. Because of this, he never dates other wolves, only humans. He moved away from the U.S. to England, and now has a lucrative career as a dance music DJ and travels all over. During his latest DJ tour, he takes the time to stop in Los Lobos, to visit family. Los Lobos is home to a wolf pack, exclusively. What he didn’t know is that Lexi is there for a visit as well. Recipe for disaster or for a life long mating? And the question is because Jake is still hurting from Lexi’s rejection and wants nothing to do with her.

I did really like the character of Jake. He’s an extremely dominate alpha male, and Alpha heir to his father’s pack in England. After hearing the story of how he got turned down by Lexi, I really felt for him. So I knew that it was going to take some doing for me to like Lexi. I shouldn’t have worried, an older Lexi is also a much more mature Lexi, and after she sees Jake again she realizes he was right about them being mates all those years ago. And she is horrified at what she did to him. Can she get Jake to overcome all his bad feelings for her before he leaves again in a couple of days? That’s the premise of this story, and I did enjoy it.

We do get to see the couple from the last book in this series by this author, Ross and Darci, so it was fun to catch up with them, as well as returning to Los Lobos. The author also added in a side story with an stalker ex of Lexi’s showing up. What could have been just a romance, becomes a thriller of sorts, and that really added a lot to the story for me.

Keep in mind that this is a novella, so although there is some development of the characters, and some world building, there really isn’t as much as is usual in a book length read. It actually didn’t bother me as the story kept me reading, and I really enjoyed the whole thing. Of course it was a really fast read. If I had a criticism, it would be that I really am not a big fan of the cover. Jake is supposed to be really good looking, and the guy on the cover just isn’t. So don’t let that be a turn off.

Recommended to adult paranormal romance readers. Adult due to some pretty steamy scenes.

20 responses to “Spotlight and Review: Under a Mating Moon by Celia Breslin (@Mollykatie112, @CeliaBreslin)”