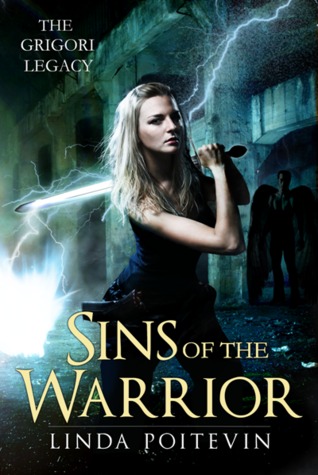 Heaven and Hell are at war

The clock is ticking

Homicide detective Alexandra Jarvis’s niece is missing and pregnant with Lucifer’s child, her sister has descended into madness, and the human race has begun a relentless spiral toward self-destruction that Alex is desperate to stop. Now Michael, the Archangel she holds responsible for Earth’s plight, has returned—and he’s demanding her help to track a missing god.

Fighting for the very survival of his own realm—and that of humanity—Michael’s only chance to defeat Hell lies in returning Heaven’s long-lost daughter to her throne before it’s too late. But first he’ll have to convince Alex to help him—and to keep her out of Seth’s clutches long enough for her to do so.

There can be no right choices

In a desperate bid to save both their worlds, Alex and Michael must put aside their animosity and find a way to work together in the face of increasingly impossible decisions…and unimaginable sacrifices.

As a reader I’m no stranger to cliffhangers, but let me tell ya, Linda Poitevin’s two year wait did a number on my patience! I was hoping that the character death that occurred in SINS OF THE LOST would be magically fixed because well, if anyone can pull off a miracle it’s an angel book, yes? However, SINS OF THE WARRIOR had other plans. The story was dark, the death toll high, and the happily-ever-after wasn’t overly chipper. Nevertheless, I wouldn’t have had it any other way!

Firstly, I must confess that a series revisit would have been wise given the delay between installments, yet as usual, I was pressed for time, and too anxious to delay the conclusion to the GRIGORI LEGACY a second longer. Thus, I bumbled around for a bit until Alex brought Emmanuelle up to speed on the Heaven/Hell happenings and me along with her in the process. I can’t exactly ding the author for that, however if you’re up-to-date on Poitevin’s titles, and have the memory of a goldfish, you should probably backtrack.

These novels haven’t exactly been gumdrops and bubblegum up until this point, but this finale was beyond black. So, FYI humanity doesn’t go extinct… everything else is pretty much fair game though. As I mentioned earlier, even the romantic thread is rather dire which means that Nina, Jen, Hugh and Elizabeth are up shit creek without a paddle. And, Jarvis is stuck between a rock and a hard place the apocalypse. Now, I LOVE gritty Urban Fantasy, so YAY, be that as it may it’s not for all audiences.

The archangel, Mika’el, bounced back in this volume in comparison to his somewhat detached role in the past, and I really enjoyed getting to know the man behind Heaven’s greatest warrior. There were also a lot of side conflicts going on in addition to the one that’s been waging for all of eternity. We had Bethiel vs. Mittron, and Emmanuelle vs. Seth which further upped the ante, and I liked the resolution to both, as well as the end goal even though it wasn’t quite what I had envisioned.

And, the victory goes to: SINS OF THE WARRIOR—better late than never!

8 responses to “Review: Sins of the Warrior by Linda Poitevin (@lindapoitevin)”