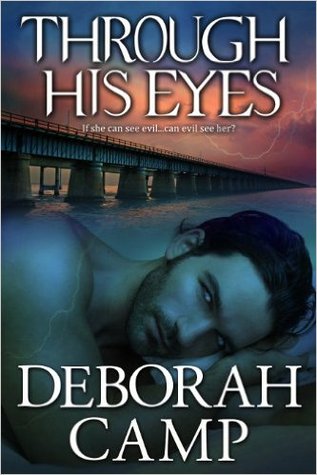 Someone is stalking women and murdering them in Key West.

Psychics Levi Wolfe and Trudy Tucker join forces to help identify the murderer and stop him. Levi can channel the deceased victims and Trudy can tap into the mind of the killer. As a psychic detective team, they’re formidable. As lovers, they discover that they’re insatiable.

As they grow closer, Trudy wonders if Levi will ever completely trust her and let her know his heart. Levi struggles with his new, tender feelings toward Trudy and worries that she might be in over her head with him and with the case they’re working on.

Because if Trudy can see through the killer’s eyes, can the killer see her?


I love books that feature psychics, so when I read a review on the latest of the books in this series, I decided to start with the first one. And I am extremely glad I took the plunge into these books.

Trudy Tucker is an extremely talented psychic who is able to go into the minds of criminals, and see through their eyes the crimes they commit-murders, kidnapping, that kind of thing. It’s hard on her emotionally, but she still has started consulting with police departments and private individuals. Her mentor and friend is Quintara, a psychic of sorts-not near as talented as Trudy, but she does run classes to teach psychics, and has a successful career as a writer in the psychic community. When Quintera reaches out to Trudy to come to Florida to help with a serial killer case, Trudy goes. Also on the case is ultra famous psychic, Levi Wolfe, someone that Trudy is completely attracted to, even though he is a known womanizer. What she doesn’t know is that the attraction is mutual.

The serial killer is targeting women in the Key West area, so Trudy drives her RV from Oklahoma to a rundown RV park near Key West. She pretty much immediately sees the ghost of the wife of the owner, Ethel-a new talent. Ethel is trying to tell her something, but Trudy can’t hear her. This continues to happen throughout the read. Once Trudy and Levi start working together, the investigation ramps up. Also part of the action is police detective, Tom Sinclair, the detective on the the case. And that’s all I am going to say about the actual story.

Levi’s character was probably my favorite part of the read. He’s devastatingly handsome, rich-as in mega rich-and he has had a horrible life growing up. He was the most complex character of this read, and I think there is way more to find out about him in future books. I liked Trudy as well, she is still coming into many of her talents and actually is probably more talented than Levi and Quintara combined. She leads a simple life, with little money,and has a little dog named, Mouse. I mention the dog because at times Trudy is gone all day in the Florida heat, leaving the dog in the RV. No mention of air conditioning, only about how decrepit the RV is, so it bothered me. Just a minor plot hole, but it kept happening, so I noticed. Not to mention, not taking the dog outside regularly! Yes, I am an animal person. Can’t help it.

This story is full of paranormal suspense, but what is more important in this story is the romance between Trudy and Levi.The romance is nicely drawn by the author, and is hot with extremely vivid sensual scenes, to say the least. It wasn’t insta-love as the two has known each other for awhile; this is just the first time they have spent any real time together. Levi, and all his residual hangups, and his previous refusal to have a monogamous relationship, are all tested in this installment, much to Trudy’s and this readers delight.

31 responses to “Review: Through His Eyes by Deborah Camp (@Mollykatie112, @AuthorDebCamp)”