He shifted his stance. “I’ve never looked at you like that before.”

My voice fell to a whisper. “Then look at me like that.” I rose on my tiptoes until our faces were close. “Don’t make me beg for something you want too. Give me a good memory in this house, Denny. Kiss me the way you would if you loved me.”

His hands slipped behind my neck and his mouth crushed against mine. Warmth. Wetness. Desire. Eagerness. He kissed me hard—ours lips parting and tongues intimately discovering each other. I flattened my hands against his sides, up his strong chest, and then over his broad shoulders.

Someone moaned. Was it me?

Or was it him?

Denver delivered a smoldering kiss that would set the bar high for future suitors. It was demanding and experienced. His lips melted against mine, slowing down and searing into my memory. My legs trembled, and my body ached for him to hold me again. His fingers slipped into my hair, tickling me with soft strokes.

Just when I thought it was dying down, Denver moved in for the kill. This time he moaned audibly. Passion stirred as his body seemed to harden and warm all at once, and images flashed in my mind of us doing things in that room—naughty things. I stood on his feet to get as close as I could.

When he dragged his mouth away and rested his cheek against mine, I curved my arms around his back and put my feet on the floor. We could have pressed on, but Denver embracing me right after was more intimate than the kiss itself. Feeling his chest move with breath, his body warm me with heat, and his muscles tense as they held me tight, filled me with a sense of belonging.

“Is this wrong?” he whispered against my ear.

“Does it feel wrong?”

“No. But maybe I need someone to tell me it is.”

Available in Audiobook on August 25! 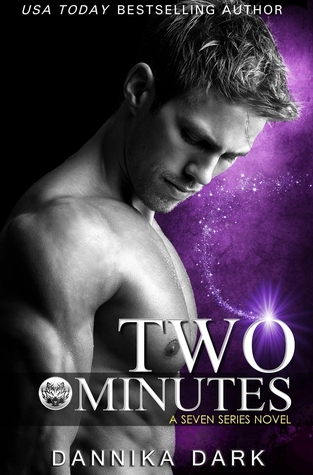 After years of living abroad, Maizy returns home to the only family she’s ever known—a pack of wolves. When she confronts her childhood watchdog to see where they stand, his resentment leaves her uncertain about where she really belongs.

Behind Denver’s charming smile is a tragic past—one that’s made his wolf savage and unpredictable. Only Maizy has been able to tame that darkness, and when they’re reunited after many years apart, he no longer sees a child he once protected. She’s captivating and intelligent—a woman with the world at her fingertips and two suitors offering more than he ever could.

Torn between two worlds, Maizy must choose how her fairy tale ends. Tragedy, murder, passion, and imprisonment all collide with a heart-stopping twist.

Where to begin.. I guess the fairy tale would be a good place. There once was a little human girl named Maizy who believed in fairy tales, but most of all she believed in her protector, or as they call it in the wolf shifter world-her watchdog. No one told Denver that he had to protect her, he just always did. He was her best friend until the day her mother sent her off to boarding school for high school, and from there, on to college in Europe. Maizy wrote him all the time, but never received letters back. Denver never visited with the rest of the pack and Maizy began to feel lost without her best friend, watchdog, and ultimately her love. So she goes home to Texas-for good. This is the story of what happens when Maizy get home.

When Maizy was young and moved with her mother in with the Weston Pack, life changed for her forever. Her sister Lexie is mated to the packmaster, Austin, and the pack is filled with Austin’s other shifter brothers, along with a couple of others not related. But for Maizy, Denver was always it for her, and vice versa for him-admittedly though back then, he was more her big brother than anything else. But now things have changed. Maizy doesn’t understand this new Denver, and he isn’t really saying much either. Now twenty three, Maizy has seen the world, and found it lacking due to her Denny being missing. For Denver’s part, he thinks he isn’t good enough for Maizy, knows she is human, and he can’t stand the thought of ever losing her to death-way before it would be his turn to die. But he also doesn’t know that Maizy has a secret.

Dannika Dark. What can I say? She’s just the best at what she does. And that’s being able to write such an awesome book that the reader is immediately drawn into, ultimately loving all the characters, the humor, the relationships between all the pack members, and of course the romance. And wow can Dannika write a wonderful romance. Now six books in, the series hasn’t let me down once. Each books is full of romance, humor, and usually enough action to suit anyone’s tastes. She is adept at writing details in one book, for example, only to have it come up as important several books in. This book packed a wallop in that respect. Or by bringing some beloved characters from her previous Mageri series into one of these books without ever hinting about it. When a writer can make me have cold chills and a smile on my face at the end of a book, you know she is a wonderful author. And of course one of my all time favorites.

The characters, the premise, the pacing, and of course the writing, makes this a five star read for me. If I could, I would rate it even higher. This was the book that all Dannika’s fans were waiting for, Maizy and Denver’s book, and boy did she ever deliver-in spades!

You don’t have to read them in order because they all feature a different couple, however with this being Maizy and Denny’s story, I would suggest you start at the beginning with Seven Years, because really that’s where their story starts.