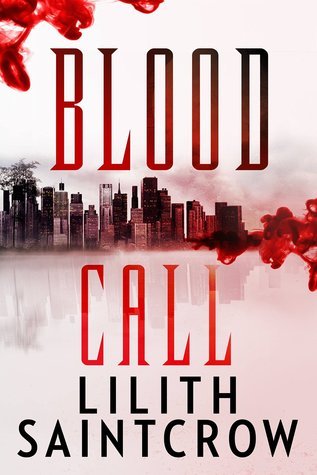 Anna Caldwell has spent the last few days in a blur. She's seen her brother's dead body, witnessed the shooting of innocent civilians, and been shot at herself. Now she has nowhere to turn—and only one person she can possibly call.

Since Anna dumped him, it seems waiting is all Josiah Wolfe has done. Now, she's calling, and she needs his help—or rather, the "talents" she once ran away from. As a liquidation agent, Josiah knows everything about getting out of tough situations. He'll get whatever she's carrying to the proper authorities, then settle down to making sure she doesn't leave him again.

But the story Anna's stumbled into is far bigger than even Josiah suspects. Anna wants to survive, Josiah wants Anna back, and the powerful people chasing her want the only thing worth killing for—immortality. An ancient evil has been trapped, a woman is in danger, and the world is going to see just how far a liquidation agent will go...


I don’t often post DNF reviews. In fact, I’m pretty sure this is the first.

Sometimes something happens in a book that there’s no coming back from, and it infuriates me to the point that I MUST DULY INFORM THE MASSES.

I’ve recently decided that when this occurs, I’m no longer going to force myself to finish it.

It doesn’t matter what else happens. I already hate it. The end.

And that is my disclaimer.

I used to be more naive about books.

I’d read something . . . something so despicable that I didn’t immediately register what had happened, and when my brain caught up to my eyes, I’d try to rationalize it: surely that didn’t just happen, surely there is some kind of extenuating circumstance that will make the whole situation more palatable and less WTF?!

But I’ve learned that is seldom the case.

Oh, you’re supposed to fall into that trap.

In one book, the heroine was an active participant in a school shooting that resulted in the death of something like 50 or 60 students and teachers, but only b/c her bff was being held hostage.

Like that was supposed to make it okay. That MC sacrificed the lives of 50 or 60 innocent bystanders for the life of one person she happened to know, and she should therefore not have to face any consequences for her actions.

And some people found that to be a compelling argument.

I thought it was total bullshit. #sorrynotsorry

And similarly, I found the situation I was confronted with here to be total bullshit:

1. Josiah, a “liquidation agent” (<——why can’t you just call him an assassin like a normal person?), got dumped three years ago by the love of his life when she walked out after learning what he did for a living. NOT b/c he told her, but b/c her brother the-investigative-journalist found out and told her.

2. Anna has been on the run for four days after discovering her brother (and various others) dead, and lacking any other options, calls her exboyfriend the assassin liquidation agent. She needs help, and she has money . . . (<——a lesser evil.)

3. It’s made abundantly clear that these two still LOVE each other. So much that Anna admits to herself she wouldn’t have left him, despite his profession, if he’d only been honest with her, and Josiah fully intends to never let her go again now that she’s dropped back into his life.

4.a. When Josiah picks up Anna at their rendezvous spot, she’s in bad shape: blue with cold, beaten up, exhausted, borderline shocky. At his house, he discovers one of her shoes is full of blood.

4.b. As soon as Josiah picks her up, Anna continuously tries to secure a commitment of help from him. A commitment he will not give, finally answering ominously, “Maybe I don’t want money.”

5. She asks him what he wants—again—while he’s starting to help her get cleaned up. He goes to remove her nylons, all the better to attend her BLEEDING FOOT, but gets sidetracked, allowing his hand to wander youknowhere, and informs her that what he wants is SEX. LOTS of it. Oh, and she’d better pretend that she likes it, too.

I’m not even going to take the time to innumerate all the reasons why that is beyond forgiveness.

And, NO, I don’t give one damn what the reason is. I don’t care if he hasn’t had sex once in the three years since she left, I don’t care if “he’s a man,” with urges, I do. Not. Care. There’s no coming back from that. I’M DONE.

Was this review helpful to you? If so, please consider voting for it on Amazon or like the slightly more colorful version on Goodreads!