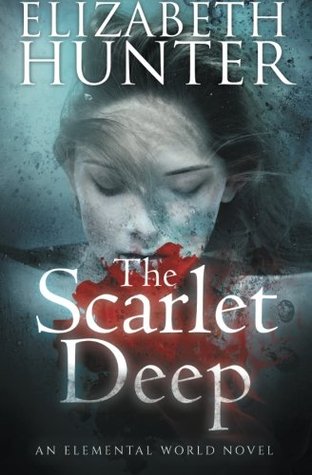 On the waves of the North Atlantic, a poison spreads, sapping the life from humans and striking madness into immortals.

Patrick Murphy, the immortal leader of Dublin, has been trying to stem the tide of Elixir washing into his territory, but nothing seems to stop the vampire drug. While others in the immortal world work to cure the creeping insanity that Elixir threatens, Murphy has been invited to London to join a summit of leaders hoping to discover who is shipping the drug. If Murphy and his allies can cut off the supply, they might be able to halt the spread long enough for a treatment to be found for the humans and vampires infected.

Anne O’Dea, Murphy’s former lover, retreated from public life over one hundred years ago to help immortals in need… and to heal her own broken heart. Though powerful connections keep her insulated from the violence of vampire politics, even Anne is starting to feel the effects of Elixir on her isolated world. The human blood supply has been tainted, and with Anne’s unique needs, even those closest to her might be in danger. Not just from infection, but Anne’s escalating bloodlust.

When Anne and Murphy are both called to London, they’re forced to confront a connection as immortal as they are. As they search for a traitor among allies, they must also come to terms with their past. Behind the safe facade of politics, old hungers still burn, even as an ancient power threatens the fate of the Elemental World.

I’d thought it was ye olde UF vs. PNR debate. <------there are maybe two PNR series that I keep up with (and I'm two or three books behind in one of them). I still liked the two prior books in ELEMENTAL WORLD . . . I just didn’t love them the way I loved their UF predecessor.

However, I did love WATERLOCKED, a novella that takes place between books 1 and 2, and the combination of that novella plus this newest installment made me realize something: it wasn’t the PNR that was giving me issues.

It was the hero.

Of the two previous main love interests, one was a samurai warrior-type with all the implicated fixations on duty and honor, and the other was a 1000+ years old priest who loves WWE and Hawaiian print shirts.

But that’s on me.

The main love interests in WATERLOCKED and THE SCARLET DEEP? Variations of criminal masterminds who are mightily alpha. Deliciously alpha. Seductively alpha. *swoons*

So what? I have a type. #sorrynotsorry

Patrick Murphy is that type.

Ann O’Dea is his type. So much so that even after a hundred years of separation, he can’t keep her out of his thoughts, and, by golly, it’s time to get her back.

So that’s what he sets out to do.

But this installment is so much more than a simple boy-determined-to-win-girl story. The main plot line progressed at a steady pace, introducing a handful of new characters, and revealing a new Evil Mastermind. I lol’d frequently enough to be glad I was reading in the privacy of my own home, and my eyes burned (b/c FEELS) almost as often.

Back to the new characters, one in particular struck my fancy, and I’m desperately hopeful he’ll be in the spotlight soon: Cormac O’Brien

He appeared to be in his mid-thirties. He wore a full beard and a pocket watch that made Anne wonder if he still reminisced fondly over the late nineteenth century. The rest of his clothes seemed designed to distract. His glasses were likely an affectation—she’d never met an eye problem that immortality didn’t cure—but they suited him. His waist-coat was blood-red velvet, and he wore a worn tweed jacket over it. Dark plaid trousers and black motorcycle boots rounded out the look.

But the best part was the prologue.

Prologues can only go one of two ways for me. Either they’re OMG amazing or absolutely worthless. The uber short ones are almost always worthless, and when I saw the Coleridge quote (not my favorite), I almost bypassed it entirely. BUT. This is Hunter. So I gave it a go . . .

—The Rime of the Ancient Mariner

WHEN SHE DREAMED, she dreamed of death and madness. Of the deep and of forgotten things. The moon shone full through the water, and the drifting weeds surrounded her as she stared into the night sky.
The water enveloped her. The pulse of the current took her and she drifted deeper.
Past the edge of land.
Beyond the silken brush of reeds.
She sank past the touch of moonlight, where the chill of the water crept into her bones and settled her soul.
But the hunger…
The ever-present gnaw in her belly, like the ache of a newborn, stalked her.
In the cradle of darkness, she bit down and drank her own blood.


WHOA . . . o.O <------that's a direct quote from my notes. Most of the time I try to elaborate, but that pretty much covers it. Now it's time for you to check out Hunter, too. Highly recommended.