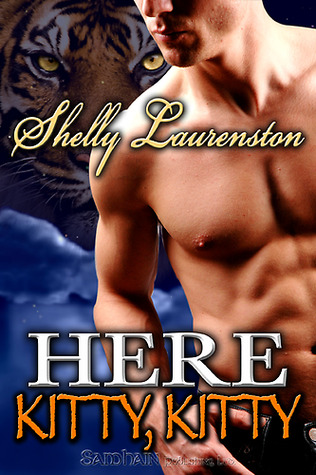 What do you do when you’ve got a hillbilly tiger by the tail? Or maybe the question should be: what wouldn’t you do…

Nikolai Vorislav likes his single life just as it is. Simple, relaxing and quiet. What he doesn’t need is some foul-mouthed Texan hellcat living in his house, eating his food, flirting with his idiot brothers and shooting holes in his home with his granddaddy’s gun. But those long legs, dark eyes and lethal tongue are making Nik insane and he fears he may be caught in the sexiest animal trap ever.

Angelina Santiago doesn’t know how she got from Texas to North Carolina in a night or how she ended up in some hillbilly tiger’s house wearing only a sheet. What she does know is that she doesn’t like good ol’ boys with slow, sexy drawls who can’t seem to stop rubbing up against her. Yet in order to protect her friends, Angie has to stay with a cat who seems hellbent on finding all sorts of delicious ways to make her purr.

This is the third and final book in the Magnus Pack series. In this book, we have Angelina getting kidnapped/rescued by a family of tigers from North Carolina. Angelina is a human, but is very close (almost like a sister) to the crazy alpha female of the Magnus Pack.

Nikolai Vorislav is the oldest of his three brothers and sister. His family is very different from most tiger families. All of his brothers and sisters share not only a mother, but a father too. This is very strange in tiger society. Tigers are rarely monogamous, but his father insisted upon it, no matter how much much it irritated his mother. Nik is determined not to walk in his father’s shoes. He has no intention of being with just one girl.

Angie pushes against being held in North Carolina. She takes to spending Nik’s vast fortune. She also has a lot of fun teasing the “hillbilly”. She wants nothing more than to get away from Nik, because he makes her feel things she doesn’t want to feel. However, when she learns that some hyenas are out to get her, she feels that she is safer keeping them from her pregnant friend, Miki.

This book is as funny as you would expect a book from Shelly Laurenston to be, if you’ve ever read anything from her. There are some great one liners. With characters like One Eyed Grandma and cousin Cleatus, what’s not to love. It is truly the characters that pull me into this story. They are all so much fun. Very loyal to their families, even if they aren’t blood relatives, they’re still family. If you haven’t tried the Magnus Pack or Pride series by Shelly Laurenston, I highly recommend to give them a try. They are a fun and light reads that are guaranteed to get me in a good mood.

Southerners always did tell the best stories. Of course, they were also the ones with relatives named Big Earl and Jackie Ray.

She still sighed out her answer, though. “Fine. I’ll go.”

“Now, darlin’. I know I’m pulling you away from playing grab ass with my oldest boy on
his nice hardwood floor…” Angie barely stopped herself from spitting out her mouthful
of coffee. “But if he’s anything like his daddy, trust me, he’ll still be here when you get
back.”

What started off as a nice little birthday party, turned into a full-blown hootenanny. Especially when some Pack from Tennessee showed up up. The Smiths or something. Their name may have been plain but these people really knew how to party.