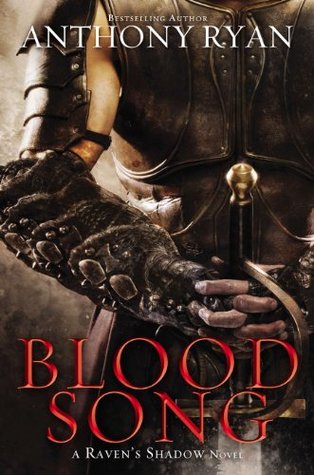 From “a new master storyteller” comes the beginning of an epic fantasy saga of blood, honor, and destiny…


“The Sixth Order wields the sword of justice and smites the enemies of the Faith and the Realm.” Vaelin Al Sorna was only a child of ten when his father left him at the iron gate of the Sixth Order. The Brothers of the Sixth Order are devoted to battle, and Vaelin will be trained and hardened to the austere, celibate, and dangerous life of a Warrior of the Faith. He has no family now save the Order. Vaelin’s father was Battle Lord to King Janus, ruler of the unified realm. Vaelin’s rage at being deprived of his birthright and dropped at the doorstep of the Sixth Order like a foundling knows no bounds. He cherishes the memory of his mother, and what he will come to learn of her at the Order will confound him. His father, too, has motives that Vaelin will come to understand. But one truth overpowers all the rest: Vaelin Al Sorna is destined for a future he has yet to comprehend. A future that will alter not only the realm, but the world.

Sooooo . . . if you haven’t already noticed, I’ve been on something of a fantasy kick of late. It’s been years since I’ve gotten back to my roots, so now I’m playing catch-up. Anthony Ryan has been on my TBR for even longer than I’d realized . . . I have a problem . . . It’s called “one-clicking.” You may have a similar problem . . . *snickers*

Apparently I one-clicked BLOOD SONG before it got snapped up by Ace, b/c, yes, this is one of those remarkable independently published books that gathered so much public interest by virtue of its own merit that it got purchased by one of the Big Five. *high fives Ryan*

Anyway, the point is that despite a handful of grammatical errors in my own unedited version of the book, it was fantastic.

But as much as Historian despises this man, this Hope Killer, he cannot help but be intrigued by him.

He watches as the governor of the very city War Champion seized during the war comes the dock, bringing War Champion his sword that had been given into Governor’s care. He watches as Governor tries to encourage War Champion about his upcoming (doomed to fail) duel: maybe he’ll win, maybe this is the first step in his journey home . . .

Who is this War Champion that he should win the respect and friendship of a man whose city he took by force?

And Historian, being a chronicler of history, finds that he cannot resist the urge to record a firsthand account of the war and the events leading up to the invasion from one who would know the enemy’s—King Janus of the Unified Realm—mind, when War Champion offers to tell his story during their voyage (to the PIRATE NATION where the duel is to take place).

From there we go backward.

We learn of Vaelin’s childhood, how his father left him at the gates of the Sixth Order, the only Order of warriors, and thus the only trained fighters who are not subject to the King’s commands:

“You fight,” Vaelin told the Aspect, the violence and the blood making his heart hammer in his chest.
“Yes.” The Aspect halted and looked down at him. “We fight. We kill. We storm castle walls braving arrows and fire. We stand against the charge of horse and lance. We cut our way through the hedge of pike and spear to claim the standard of our enemy. The Sixth Order fights, but what does it fight for?”
“For the realm.”

For the realm, and for the Faith. The Sixth Order is a highly trained, highly efficient, and highly deadly group of paladins (<------warrior priests). We learn of the bonds of brotherhood forged during their rigorous, often deadly training. Of the eleven boys who share quarters, only five live to become Brothers, Vaelin their acknowledged leader. We learn of the Dark, a nebulous force that manifests itself in unnatural abilities and talents, and we learn of the king of a nation hellbent on legislating morality with an iron fist. BLOOD SONG is a tale filled with suffering and injustice, but it's also a tale of friendship and loyalty and perseverance, and woven throughout are hints of a Darkness gathering, while flaws in the Realm's belief system are slowly but steadily revealed. In short, it's compelling. Sometimes bleak, sometimes hopeful, always determined, BLOOD SONG grabbed me by the horns and didn’t let go until this chapter of the story was complete, and even then it was only for as long as it took me to one-click the next book. Highly recommended.