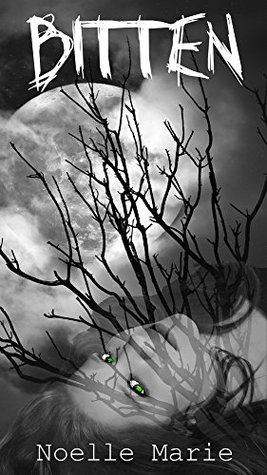 Bastian had to have been the most handsome man that Katherine had ever met. It really was unfortunate that he was also the most stubborn, controlling, downright infuriating jackass she’d ever known as well. Oh, and there was the fact that he was a werewolf – a werewolf who has bitten her.

Sixteen-year-old Katherine Mayes had never believed in mythological creatures like werewolves or mermaids – certainly not those sparkly vampires that her friend Abby was obsessed with. Even when she’s bitten by a massive animal after a reckless night of teenage adventure and her body begins to change in mystifying ways, she can’t force herself to believe in what she’s convinced is impossible. Little does she realize she’s been infected with a disease a little more permanent than the rabies she feels fortunate to have not contracted.

Her fierce denial is soundly shattered, however, when she is simultaneously saved and kidnapped by Bastian and his pack. Forced to leave small town Iowa behind and adjust to their way of life in a hidden society, Katherine must also deal with fighting the pull she feels towards the man – or wolf, rather – who has bitten her and disrupted her life so completely.


What if you are a teenage girl who on a sort of dare visits the local haunted house and gets bit by a werewolf? One that tries but fails to carry you off? That’s the premise of this young adult read. It’s also one that I read almost non-stop.

Katherine is sixteen and lives in a really small town in Iowa. The only thing to do for fun for teens is to walk by the old supposedly haunted house and try to scare each other. Not a good idea during a full moon. Of course she doesn’t know that. After being bitten, she starts having nightmares about the wolf that bit her, and also starts getting new abilities. All of her senses are heightened and now all she wants to eat is rare meat. When she starts getting cryptic invitations delivered to her, things start to get scary. She ignores the invitations to meet and then comes home one night to a nightmare. Kidnapped by a group of werewolves and taken to Canada, Katherine must not only accept what she is, and also learn to thrive among what she considers monsters. But first she must survive her first shift-something that is rare for females to do.

Katherine is feisty and adamant in her refusal to be dictated to by the pack alpha, Bastian. Bastian inherited his alpha role after his parents were murdered by werewolf hunters when he was fifteen. Now eighteen, he has his sister Sophie, and three other young werewolves to care for-besides Katherine. He is the one that bit Katherine, and the others tell her it’s because her scent called to his wolf. There’s more to it than that, but that’s all that she knows. She fights him at every turn and stays in trouble. Pretty soon she gets into trouble with the werewolf counsel in the small werewolf town they live in, as well.

World building? This one has quite a bit of it. In this world, all of the Canadian packs live in a small village together. They have a ruling counsel with a head Alpha. In this case, Bastian’s uncle took over as head after Bastian’s parents are killed. Teenagers attend werewolf school until they turn seventeen, and then they are recruited by other alphas to join their packs. So there is competition between the teens for position. And yes, there are mean girls and bullies in werewolf school.

This story kept me turning pages, and it ended up being a less than one day read for me. My biggest problem with the book were the typos, and my inner editor was having a field day. However, the story was so well told that I forgave it. Some people do have a problem with that and normally I do, but in this case I didn’t lower my rating due to it.

Katherine’s story evolved slowly into a romance and I enjoyed the lack of the insta-love factor for her. Of course Bastian being a werewolf forgives insta-love in my opinion, for him. Their relationship isn’t easy, and Katherine fights him at every turn. This book didn’t have a love triangle or cliffhanger and for a YA book that was really different. From what I understand, there will be a sequel out in 2016 and I will be reading it. I would recommend this to all YA and adult paranormal romance readers.