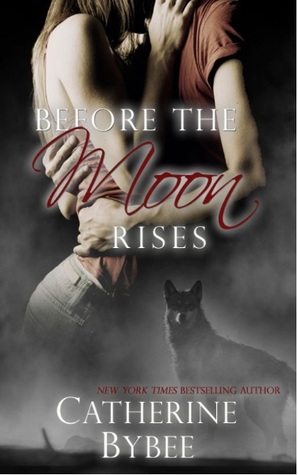 After a twelve-hour shift in a busy emergency room, Janet O'Brien is beat. Her last patient arrives unconscious and naked. She's lead to believe he's a psyche patient off his meds. However, once he awakens, Janet is charmed by his million-dollar smile and agrees to give him a ride home.

Werewolf, Max Ritter notices the sassy nurse when he wakes after a night under the full moon. Unfortunately, his archrival is drawn to Janet as well. In order to keep her out of harm's way, he opts to keep her close. When the chemistry between them sparks, Max discovers a completely new reason to keep Janet safe.

Two years ago I bought this novella and promptly forgot I had it until a couple of days ago. I jumped in not remembering even what it was about-although the cover was a pretty big clue. Wolf on the cover? I am so up for it!

Janet O’Brien is an emergency room nurse that works the night shift. When a gorgeous nude man shows up there unconscious, her long, hectic shift gets pretty interesting, to say the least. Max Ritter is a werewolf, and it’s the full moon. He spends the three days of the full moon each month searching for werewolves that hunt and change people against their will. It’s what his werewolf family does. He can’t remember exactly why he was unconscious, but when he realizes that the wolf he has been hunting is also at the ER and has set his sights on Janet, he asks her out to breakfast to keep her safe.

There’s not that many characters developed due to the shortness of the story. I found Janet to be a good character, but I think I enjoyed Max’s character the most. He’s the alpha male type, and extremely rich and handsome. He’s found his mate, and he’s determined to keep her safe from the bad guy, Gorman. Gorman is just evil, with no redeeming qualities. I also liked Max’s human brother, Richard. He was a fun character, amused watching while Max falls for Janet, especially when Max changes to a wolf, and Janet sees him for the first time-not knowing that it is Max.

This ended up being not only a sweet romance, but it also was a thriller of sorts. There is some scary moments, and of course some sexy moments, as well. Since it is a novella, the romance had to happen fast, but when a wolf finds his mate, I find that acceptable.

I enjoyed this read-but as usual with a novella, I did wish for more story, more romance, and more character development. But I do know that goes with the territory. I look forward to reading the next book, Embracing the Wolf, featuring Richard. I would recommend this to paranormal romance readers. Good fast read, for those that just want something quick to read.

20 responses to “Review: Before the Moon Rises by Catherine Bybee”