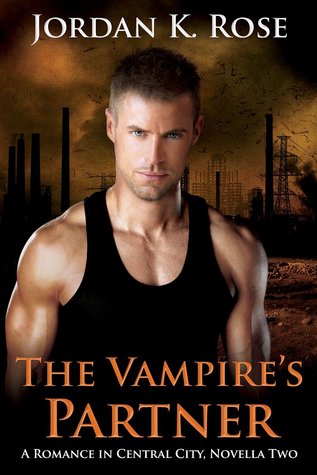 With Panthera Laboratories running again The Vampire Guard has no choice but to return to Central City. Pretending to be lovers Hunter and Alice are sent in to do reconnaissance. But pretending to be something they both wish was real proves harder than they expect.

All logical thought tells Alice there’s no reason to mix business with pleasure unless you’re looking for a problem. Like every other girl who notices Hunter, she fantasizes about him. But becoming a member of his haram is not one of her life goals, neither is being forced to return to a life on the street. If there’s one sure-fire way of jeopardizing her career with The Guard and losing everything she’s worked so hard to attain, it’s by sleeping with her partner. The only problem is she can’t get her heart to believe logic or reason.

What is happening to Hunter? Is he losing his touch—his vampire touch? In all his years Hunter has never encountered anyone who could resist his vampire influence. Not until Alice. She’s also the only human to ever best him in a sparring match, but that was beginners luck and had nothing to do with the fact that he couldn’t stop thinking of how he wished she would see him as more than just a partner at work. No woman has ever awakened these feelings and no woman has ever denied him. He’ll do anything to persuade her to be his partner for life, love and eternity.

Not long ago I read and reviewed Her Vampire’s Promise and after that I bought this one, the second in this series of novellas. While the first one left me hanging and wishing for more, this one actually wrapped up the story nicely.

These novellas feature a group of vampires called The Guard, that are trying to shut down the evil workings of the Panthera Corporation-something not exactly easy to do. Hunter is a vampire partnered with a human named Alice. She’s as feisty as the day is long, beautiful, and determined to be just as good a field agent as Hunter. They are assigned to hang out in Central City-the town closest to the Panthera Corporation, looking for anyone with information about the workings of the corporation and any upcoming plans of the corporation, etc. Not much is going on, on that front, so Alice spends a good bit of her time rescuing stray dogs as they cruise the town. And both of them are in love with each other, although neither one has acted on it.

Since this is a novella, I am not going to go into the story very deeply. I will say that while there is not as much Panthera action as the first novella, the author eventually took the story in a heartwarming direction that I actually quite enjoyed. Of course there is the romance component, but if your looking for a steamy romance, this one would disappoint. There is however one humorous sexy type scene, but I wouldn’t call it steamy-it just made me laugh and say huh? out loud to be truthful. I will say that there is plenty of chemistry between the two, and some close to steamy moments.

I enjoyed the characters and as with the first one, I was wishing for a longer story. But as I mentioned before, I enjoyed this ending far better than the first one. We do get to see a bit more about what happened with the characters from the first one, and Garrison, the vampire I didn’t like, kind of redeemed himself a bit in this one. I liked the read enough that I have already bought the next one, A Vampire’s Passion. I would recommend it to adult paranormal romance fans.

12 responses to “Review: The Vampire’s Partner by Jordan K. Rose”