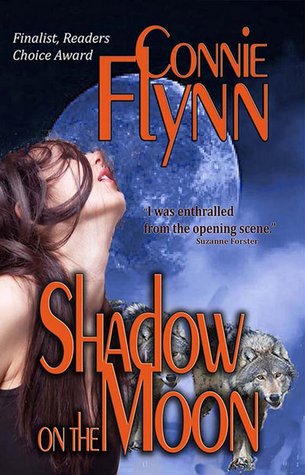 Some Say She Likes Wolves More Than She Likes People.
People are being slaughtered high in the Arizona mountains and authorities form a wolf hunt to go after the small wolf pack that was recently introduced by Dana Gibb. She's the Southwest's foremost expert in wolf behavior and races into a threatening snowstorm to stop the hunt. The blame is misplaced – wolves don't rip into their prey and scatter the parts everywhere. But something is killing people and she's not quite sure it's from the natural world.

He Prowls Like a Wolf But Looks Oh So Very Human
Dana's car spins on an icy patch, crashes into a snowbank and she wakes up in a warm cabin. The snowstorm rages outside and a bear of a mans towers over her and says she's okay now. Morgan Wilder treats her concussion with kindness and skill, but doesn't understand that her wolves need her. Insisting that she remain until the storm has passed, he also forbids her to go outside at dark. Soon she begins to wonder if he knows exactly what killed those campers. And if she's his house guest . . . or his prisoner. Something is killing people, for sure, and as she gets closer to finding out what she fears the knowledge may have a high price — her life.

I decided to work on my tbr pile this time around, and I came up with a book that I have had on my Kindle for almost two years. About time I read it, right? I thought so, but it ended up being not exactly the best read for me. I completely hate writing a bad review, but sometimes there’s nothing you can do about that if you want to be honest.

Dana, a wildlife(wolf) expert, comes to the mountains of Arizona in order to stop the state patrol from killing wolves that are supposedly killing humans-horrifically. Wolves are not part of the wildlife of this part of Arizona, but if a pack is there that no one knows about, then Dana wants to make sure no one hurts them. When her request to come along on the hunt is denied by the captain of the state patrol-and also a villain in the book-she goes out on her own and promptly gets wrecked in the snow in the middle of a blizzard. She wakes up in a cabin on a mountain, miles from her car. Her rescuer is Morgan, former psychiatrist, and now a werewolf recluse. She just happens to show up a few days before a deadline that calls for a woman to save him from being a werewolf, first by loving him, and then by being willing to do a super scary ceremony that could end in death for both of them.

The premise of a werewolf who was made one by a woman who expected him to be her mate-and not with his consent, intrigued me. So it did have a good premise. Then the author added in a convoluted mess of world building that had me shaking my head most of the time. It had to do with astrology, a ceremony that can only take place one particular night-once every seven years, a special dress, two bearskin cloaks, a circle of seven dogs all named after mythological gods..I could go on and on. Add in a really fake language that Dana manages to memorize and speak during the four days this takes place in, and I was pretty done. The characters fall in love, only that’s not really shown. He leaves her alone every night during the blizzard, and she spends most of her time going outside at night when he tells her not to. And of course she finds trouble at every turn. When a sexy first time happens, she has sex with Morgan while he is in werewolf(not wolf)form-just eww. I did finish the book, but I was more than ready to be finished.

I could tear it apart and complain about everything, but I think me just telling you what I have already is critique enough. Suffice it to say, it just was a pretty out there read, and that’s saying a lot when you are reading a paranormal book. I know authors work hard on their books, and this one might be a good read for some, but this one just didn’t work for me.

20 responses to “Review: Shadow on the Moon by Connie Flynn”