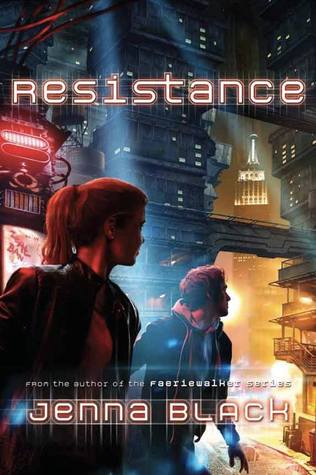 Nate Hayes is a Replica.

The real Nate was viciously murdered, but thanks to Paxco’s groundbreaking human replication technology, a duplicate was created that holds all of the personality and the memories of the original. Or...almost all. Nate’s backup didn't extend to the days preceding his murder, leaving him searching for answers about who would kill him, and why. Now, after weeks spent attempting to solve his own murder with the help of his best friend and betrothed, Nadia Lake, Nate has found the answers he was seeking...and he doesn’t like what he’s discovered.

The original Nate was killed because he knew a secret that could change everything. Thanks to Nadia’s quick thinking, the two of them hold the cards now—or think they do.

Unfortunately, neither of them fully understands just how deep the conspiracy runs.

You will have to excuse me for not explaining everything that I want to in this review. I don’t want to give any spoilers for this book or the previous book in the series. There is a lot that can’t be said about this book without spoiling some of book one.

After finishing book one of the Replica series, I was very excited to start Resistance. We start pretty much where we left off in Replica. Nate and Nadia learn who killed Nate (he was brought back as a Replica in book one). They’re in a very uncertain truce with the corrupted leaders in Paxco. The two kids don’t know how deep they dug themselves in. Nate and Nadia had thought they had worked everything out, but boy were they wrong.

Towards the end of Replica, Nadia was arrested and taken to Riker’s Island. It was her quick thinking that she was able to talk her way out and was completely exonerated, but as with anyone with a celebrity status that she has, the media wouldn’t let it go. Her mother decides that it would be best for Nadia to go to an “Executive retreat”. These are supposed to be for them to relax and unwind. In truth, it is a place to hide from the media. No access to the outside world, almost like a fancy prison.

There is a new character brought into the mix in Agnes. She is the daughter of a chairman of another state. Her family is invited to Paxco to work out an alliance between the two states. Agnes is not a pretty girl and has a very bland personality. Nate takes an instant dislike to her. He isn’t shy about showing it. Agnes is not new to being treated in this fashion and is willing to endure it, if it is best for her state. She is very loyal in that sense. Nadia, on the other hand, was very corgel with Agnes and didn’t fault Agnes for the position that Agnes is put into, no matter how much it makes things hard on Nadia.

I really enjoyed this story just as much as the first book. I love seeing how Nate and Nadia continue to stand together. They might not be romantically involved (though Nate does have some jealousy issues), they stand strong together. I think they would make a great ruling pair when they got older. I love how Nadia really stands up and approaches and befriends Agnes, even with Nadia in such a bad situation. Nadia does have a little more of a romantic role with Dante. I’m expecting to see it come to fruition in book three.

The series continues to be action packed with political twists and turns. All of the main characters in this one have a hard time in this story. The Resistances ends, not so much as a cliffhanger, but with all of these kids in a very tight spot. I’m very excited to get to the third and final book in this series. I want to see how these kids are able to pull this off and save the state of Paxco.