Please put your hands together for the one, the only—Dannika Dark! Today marks the release of the fifth installment in her SEVEN series which I simply ADORE, and I’m pumped to be sharing my review with you along with an excerpt. Happy book birthday, THREE HOURS!

I leaned forward and gripped the top of the chair on either side of his head. “I don’t like this situation any more than you do, but I’ve never had anyone speak to me this way. I don’t form unhealthy friendships with people, but this isn’t exactly a friendship. I need a bodyguard, and neither of us seems to have any choice in the matter. So let’s just play nice, okay?”

His eyes glided down my neck and settled between my breasts. Wheeler’s pupils widened and, my God, I needed to get away from him. The closer I got, the more I picked up his heady scent. Wheeler was the opposite of the refined men in my life—powerful men with expensive clothes and imported cologne. Most were shorter or had a leaner frame than his medium build. Something began to culminate between us that I knew he must have felt, because he didn’t have a comeback. I wondered how it would feel to have those inked arms wrapped around my body, for the bristles on his face to scratch against my stomach as he laved my breast with his tongue. Would his hands feel as rough as they looked? Was he a gentle lover or animalistic?

The ropes of muscle in his arms were taut from the tight grip he had on the armrests of the chair.

Oh, no. This couldn’t be happening.

My cell phone rang and snapped me out of my fantasies. I stood up and put my hands on my hips. “I have a feeling that before this is all over, we’re going to end up killing each other.”

A sardonic smile tugged at the corners of his mouth. “Now that sounds like fun.” 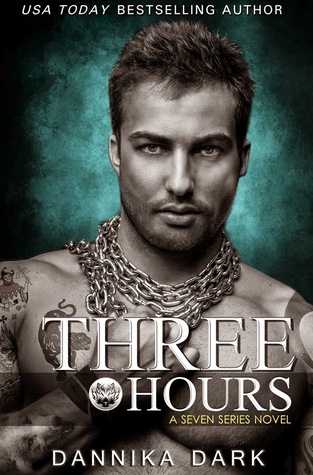 Naya James is a confident woman who also happens to be an exotic dancer. She doesn’t care if people judge her, just so long as they don’t disrespect her. Life has been good, but when two dancers from her club are kidnapped, Naya risks everything to uncover the truth.

Wheeler is the black sheep of the family, evident from his extensive tattoo collection to his dark personality. Nothing like his twin brother, Ben, who can do no wrong. Wheeler’s pack loyalty is put to the test when Austin orders him to act as a bodyguard for a woman he’s despised for years—one who presses his buttons every chance she gets.

A dark secret unravels, uniting two enemies and threatening to fracture the brotherhood of the pack. A tortured soul, a violent past, a fiery romance, and a shocking twist that will leave you breathless.

Destiny will find you

Dannika Dark has done it again. She has written a wolf shifter book (and series) that is exactly what all paranormal romance series should be, but are not always. Romance, mixed with action, and combined with a pack made up of mostly family members that care about each other. Even when that caring isn’t always reciprocated the way it should be.

Naya is an exotic dancer at a strip club. She is also the best friend of Lexi, mate to Austin, the packmaster of the Weston Pack. So of course she has been around the pack a lot, but since she is a panther, she keeps more to herself. The pack take bets on what she is, but she’s not telling-especially since panthers are hated by wolves. Long history there. Wheeler Cole is a member of the pack, and brother to Austin. He’s not the friendliest of the brothers, and until this book, not my favorite character, as in, I really didn’t like him. But of course there is a lot more to Wheeler then meets the eye, and now I like him a lot more. Naya and Wheeler have been noticing each other, but when this book starts, are still pretending not to be interested When a couple of the girls at the club disappear, Naya hires Reno, Wheeler’s private detective brother, to try and find them. When Austin gets Wheeler to act as Naya’s bodyguard after an incident, the sparks begin between Naya and Wheeler.

As usual with these books, the characters are my favorite part of the read. Naya has been around through most of the books, and I knew early on that I wanted to read her book. She’s overtly sexual, and full of innuendos. She’s also very caring, and a great friend to Lexi and her family. She makes no apologies about what she does for a living; as a shifter without a family or anyone to help her, she has to make her way in the world. Wheeler may be a wolf, but he’s as bristly as a grizzly bear. I would never call him nice. But, he is fiercely loyal to his family and pack, and would rather die then let anything happen to them. He also has a back story that explains why he is the way he is.

Five books in, and the reader is fully immersed into the Weston Pack. It’s mostly made up of the Cole brothers, although book four did not involve one of the brothers finding a mate. This author doesn’t always do the expected, and that’s just part of the reason she is one of my favorite authors. Each of these books could be read as a stand alone if need be, but I can pretty much guarantee, if you read book one, Seven Years, you are going to want to read these in order. None of these are cliffhangers, always a good thing.

So this one ended up going into romantic suspense territory, of course with a paranormal edge. The romance was both sweet and hot(but not overly), and the suspense at times became edge of your seat territory. All of these books are well written, with characters that you care about, and story lines that are both heartwarming at times, and exciting. That’s why I have read and loved everything this author has ever written, and I will continue to read anything else she writes-no matter what it’s about.

Shifters not your thing? Try this author’s Mageri Series, it’s one of my all time favorite series, and is set in the same paranormal world as the Seven Series.

16 responses to “Blitz and Review: Three Hours by Dannika Dark”