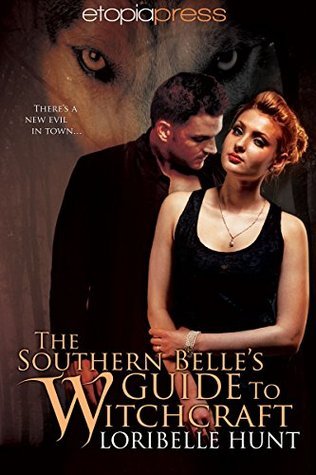 There’s a new evil in town, and it’s gunning for Scarlet...

Scarlet Burke isn’t an ordinary witch. She comes from a long line of Burke witches, whose job it is to protect the good folks of Purgatory, Alabama from things that go bump in the night—and things that might slip through the portal in Fool’s Wood. Normally, it’s an easy gig that doesn’t take much time from her day job. Until her ex-husband turns up dead in a ritualistic killing no one recognizes. William, a mundane, had high-tailed it out of town years ago after getting Scarlet’s baby sister pregnant. So why had he come back? Better yet, who (besides Scarlet) had wanted him dead badly enough to lure him to the forest, stake him, skin him, and drain his blood? It wasn’t a vampire kill, but she was damned if she could determine what it was.

Werewolf Jake Mills, the bossy and possessive chief of police, can’t believe anyone in his town could commit such a brutal crime. And Scarlet can’t believe she’s still trying to avoid his advances. Jake has been chasing her for years, and if he wasn’t so charming—and so drop dead sexy—she might try harder to outrun him. Or at least summon a bit of self-control. But the man simply refuses to stay in the “Just Friends” box she’s placed him in.

But when the killer targets Scarlet’s family, ghouls, demons, and dark fae all come under suspicion. And when her daughters become the targets of an ancient dark ritual, Scarlet and Jake are forced to make an impossible choice. Fight evil with evil, or watch Scarlet’s daughters die...

This book’s blurb had fun written all over it, and there’s nothing sexier than a werewolf with handcuffs, so Loribelle Hunt made an easy sale with THE SOUTHERN BELLE’S GUIDE TO WITCHCRAFT. I surmised that this story would be light on intrigue, and heavy on passion, but it was actually fully loaded with both which really worked in SOUTHERN MAGIC’s favour because what originally started out as an lazy Sunday fling now has the potential of being a lengthy affair. The Burke witches have pizazz!

Paranormal Romances routinely only incorporate enough world-building to put the plot into context, thus I was delightfully amazed by the amount of detail that the author opted to include. This series’ universe was lush and vast; from its affluence of supes, to the lore encompassing the Earthly & Terran plains, to the deeply rooted history of the Burke family. Hunt also made future installments hugely appealing with her simple yet efficient set-up, and by getting readers to rally to her secondary characters.

Witches are an acquired taste that I haven’t managed to completely adopt, however Scarlet and her relatives are definitely on the right track. It helped that she wasn’t merely a magic practitioner, but also a capable Guardian, and an all-around stand-up human being. One would have to be in order to take in her deceased sister / cheating ex-husband’s children. The extremes Burke goes to in order defend her town, and kin were enough to make anyone love her, including this witch-y naysayer.

The romance was understated, yet impossible to overlook; for one, the chief of police presented an imposing, but tasty figure, and two, they never had sex in a bed! The hood of a car scored big points, however first place goes to the lunchtime hook-up they had on his desk AT the station. It’s good to be alpha! I liked that these scenes didn’t drag on as they are wont to do in this genre, although Scarlet’s chain insta-O’s were a little too rapid fire to be convincing, but that’s par for the course in PNR.

THE SOUTHERN BELLE’S GUIDE TO WITCHCRAFT was deep fried fiction at its finest.

23 responses to “Review: The Southern Belle’s Guide to Witchcraft by Loribelle Hunt”