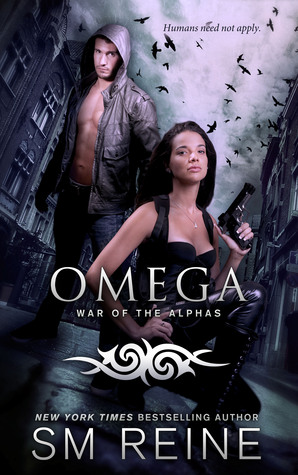 Ten years ago, Deirdre Tombs died. When she was reborn the next day, Deirdre had become a shapeshifter who can’t shift shapes. Nobody knows what animal she’s supposed to be. She’s definitely not a werewolf. The Alpha, Rylie Gresham, can’t force her to transform like other members of her pack.

Now Deirdre is considered an omega, the weakest shapeshifter in the pack—a vulnerable position when Everton Stark demands tribute from Rylie. He wants to be the dominant Alpha. The only Alpha. And he plans to make her pack submit whether they want to or not. Stark can make every shapeshifter obey him by force of will alone.

Every shapeshifter except Deirdre.

The shifter who can’t shift is the only hope for Rylie to win the war against Stark. It will take everything Deirdre has to survive undercover in his den. But can an omega’s will be stronger than that of a charismatic, deadly Alpha like Everton Stark?

A version of a dystopian world that is new and different? Hard to imagine with so many to be had. This author’s imagining was such an original concept, but not so different that it took away from the characters. Because the characters were pretty great. From what I can tell, it’s a spin-off of The Ascension Series, which I haven’t read, and while I could tell that it probably had been a series, it didn’t take anything away from the read for me. In fact, I am intrigued enough that I may go back and read that series as well.

The year is 2025, and it’s been ten years since Genesis happened. Deirdre was a little girl when she died, and the rest of the world died right along with her. Some people made it back, but a lot didn’t. Deirdre was the only one of her family to make it back. Most that come back are changed-supernaturally. Deidre is a shifter, one that can’t shift, and has no idea what her animal is. Her roommate, Jolene, is a vampire-one that has never killed-and Deirdre works for a nightmare demon that is trying to kill her, rather then fire her, and pay unemployment benefits. Circumstances bring her to the attention of the leader of this new world, Rylie Gresham, a werewolf. There’s a faction that wants to overthrow Rylie, and Rylie thinks Deirdre is just the one to help stop the rebellion, because as an Omega, she can’t be compelled by the rebel leader.

Deidre has had a pretty horrible life in this new world. As a child, she was loved dearly, but all that goes away with Genesis. She has lived under a government assistance program that has kept her from ever getting ahead, or out of living in near squalor. She has been ridiculed and bullied because she can’t shift pretty much since the beginning of her new life. All that being said, she ended up being a total kick butt character. At the same time, she shows her vulnerability, especially when dealing with Gage. Gage works for Rylie also, and becomes Deidre’s undercover partner and love interest. He is pretty broken in his own way.The leader of the rebellion is the villain of this story. Stark was a really scary guy, and almost put me in mind of Hitler,for some reason. His henchman, Jacek was almost as bad. These are villains written so well that you want to get rid of them yourself!

There’s plenty of suspense, action, and scary moments to be had in this story. I loved the characters, the unique(to me at least)premise, and the excellent writing. It was a really fast read for me, because it was a total page turner. Keep in mind, this is not a feel good book, and there is quite a bit of violence in this story. I would not classify this as a paranormal romance. FYI-I can’t imagine reading the first chapter of this book and not getting completely sucked into the story. It’s that exciting.

I had read one other book by this author a few years back, but never went back to finish that series. With this book, I have completely done a complete 180 degrees about this author’s work, and can’t wait to see where this series is heading. Recommended!

I received a copy of this book from the publisher by way of Net Galley in exchange for a fair and honest review.