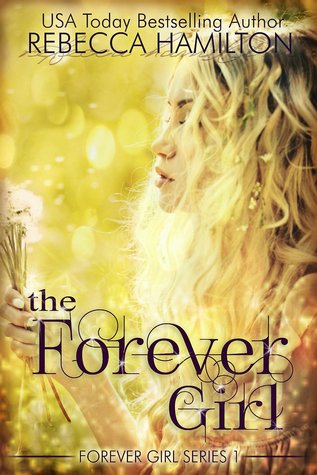 At twenty-two, practicing Wiccan Sophia Parsons is scratching out a living waiting tables in her Rocky Mountain hometown, a pariah after a string of unsolved murders with only one thing in common: her.

Sophia can imagine lots of ways to improve her life, but she'd settle for just getting rid of the buzzing noise in her head. When the spell she casts goes wrong, the static turns into voices. Her personal demons get company, and the newcomers are dangerous.

One of them is a man named Charles, who Sophia falls for despite her better judgment. He has connections that might help her unveil the mystery surrounding her ancestor's hanging, but she gets more than she bargains for when she finally decides to trust him.

Every once in awhile I will read a book and know immediately that I am going to love it. That’s what happened with this book. I found it on sale, it sat in my tbr pile for only a little over a month, and I could barely put it down once I started.

“My mom died during an exorcism on my eighteenth birthday.” That’s how the book started, and I was hooked. No exorcisms to be had in this book though-thankfully. Witches, vampires, shifters, weird(as in really weird)children, this book has some really interesting characters, to say the least. The main one being, Sophia, a small town girl, in an unforgiving small town. Since Sophia is different, practices Wicca religion, and seems to be around when some people die, she is therefore the pariah of the town. One night a good friend of her’s, Ivory, takes her to a very secret nightclub. This night changes her life forever, and causes her to meet Charles. Charles is seriously swoon worthy, and their relationship reminds me a bit of Edward and Bella, from Twilight. You know, human girl, very protective, supernatural guy. Only these aren’t teenagers, and Charles, isn’t exactly a vampire.

This ended up being a pretty complicated read. There’s actually a story within the story, and at one point the reader is even transported back to the 1600’s, and the time of the Salem Witch Trials, and I am not talking about time travel. Things that happen in the past, absolutely can effect things in the future, at least they do in this story. Sophia starts out as a simple human(or so she thinks) twenty something year old woman, who grows so much during this story. She is certainly completely different at the end. A complex character, one that goes through hell, and comes out the other side the better for it. Charles was complex from the beginning, and a bit of an enigma for a part of the book. But even he grows and changes in this story as well.

Ms. Hamilton has written a story, although similar to Twilight in some aspects, is completely different as well. I found this read to be pretty fascinating, and really well done by the author. She takes a human girl, and supernatural guy, and spins a story about them into a complicated premise, rife with a myriad of strange characters and occurrences. New takes on vampires, shifters, witches, and other entities as well, all made for an almost non stop read for me. World building for days. No love triangle or cliffhangers either! On purpose I have left out anything I think would spoil the story for the reader, and that made it really hard to write this actually.

When I finished the book, I immediately went to buy the second book as I thought the story continued with Sophia and Charles. I was wrong, the author has continued the series with another main character that was not in this book. It does however, take place in the same world. I am on the fence about if I am going to read the next book now, although there are lots of 5 star reviews for it out there-as there are for this one.

A lot of you may have already read this one, but if you haven’t, I highly recommend this to adult paranormal romance/urban fantasy readers; it really is a different kind of read in a genre that seems to do the same things, over and over at times.

30 responses to “Review: The Forever Girl by Rebecca Hamilton”