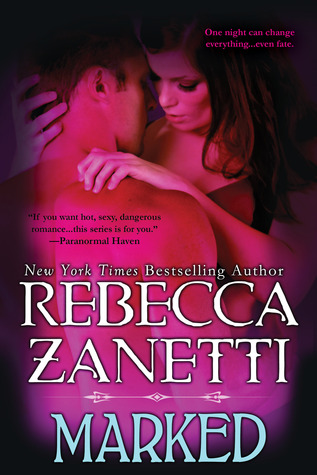 Janie Kayrs has known Zane almost her whole life. He was her friend in the dream world. She trusted him. But that was before he kidnapped her, spiriting her away to an isolated cabin to learn what her dreams never told her. Like how dangerous he looks. How he got on the wrong side of the negotiating table. And how much sexier he is in real life…
Zane is a battle-hardened warrior, used to command and solitude. But Janie has drawn him from the minute they met. His need for her could destroy everything he’s worked for, but the risk is too sweet not to take it. They call her the Chosen One. But when it comes down to the questions of peace or war, life or death, safety or passion, it will be Janie who makes the choice…

It’s usually hard to say goodbye to a series that you are totally invested in. In this case, we(the readers) have been waiting for a certain event to happen since the first book, so I was more than ready for this last installment.

Janey Kayrs is human, and was raised by her mother and adopted father. Her father is Talen, a vampire member of the ruling Kayrs family. Janey’s Uncle Dage is the king of the entire supernatural realm. It’s been a really long time since I read the first one, Fated, but in that one, Janey is a psychic four year old, who at times, escapes to a dream realm of her own making. She meets an older boy there named Zane, and they become friends all the way up into adulthood. However,they never really meet in person until this book. So this is Janey and Zane’s love story-finally.

The world that this author created is not a peaceful one. This world is made up of vampires, demons, witches, and a race called Kurjan. The Kurjan race is pretty much at war with all of the supernatural world. They are almost a mutant vampire, have white skin, and colorfully tipped black hair, curiously colored eyes, and are all around evil creatures. Pretty unique for a paranormal world. They are led by Kalen. Kalen, interestingly enough, was also a child that visited Janey’s dream world. He however, is evil, and he wants Janey for himself. The demons are led by Suri, and he wants Janey dead. Why? Because Janey is prophesied as being the catalyst for the supernatural world to change, or even for parts of it to be lost altogether. This is all fated to take place in her twenty fifth year, and that is now. Consequently, all of the different supernatural groups want to control her, destroy her, or mate her. Zane is a hybrid of two of the groups, but I am leaving that up to the reader to find out that part. Janey has never known exactly what Zane really is, and that’s all part of their story.

As always with these books, there’s plenty of adventure, intrigue, war, and sexual situations, all surrounding a really great romance. The fact that we have been waiting for this story for so long just makes it even better.

Other then this author’s world building, my favorite part of this series has been that each book or novella features a different couple, and they are all either part of the vampire race, or aligned with the vampire race. The Kayrs family is the mainstay of these books, and I have enjoyed getting to know all of these characters over the twenty one years that are covered in this book world. Over and above all this though, I loved how the author was able to pull all of the characters back into this story so we get one last time to catch up with all of the couples. Ms. Zanetti definitely knows how to write paranormal romance, and write it well.

I must admit that there are a couple of books in the middle of the series that for some unknown reason, I didn’t read. They don’t really stand alone, but I think I did well with the read, even though I missed a couple. One of these days, I probably should go back and read them, as this authors books always entertain.