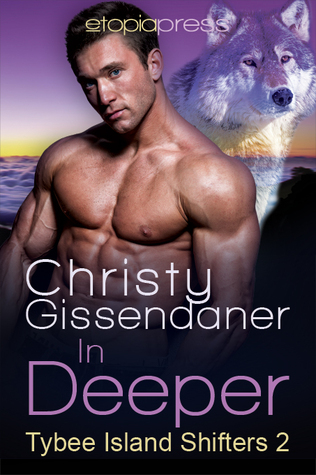 The alpha’s brother has met his match.

Celeste Proctor always had the best of everything—expensive homes, fashionable clothing, and the coveted position of beta to the most powerful of all lycans, Drake Randolph. But after the alpha chose another to be his bride, Celeste is left without a mate. She needs one, and fast—the stronger, the better–to maintain her carefully cultivated position. One of the alpha’s brothers will have to do, but which one?

Micah Randolph has always lived in the shadow of his oldest brother. With his country music career heating up, Micah is looking forward to a whirlwind tour and achieving his own success, separate from his position within the powerful Randolph family. When the beautiful yet untouchable Celeste Proctor shows up, determined to mate with him or his twin brother, he has a choice to make: pursue the dream he’s worked so hard to achieve, or be drawn back into pack politics as the mate of a woman looking only to secure her rank in the pack? But the way she makes him feel when she looks at him…can he make her want him for more than his strong, lycan blood?


Famous country singer wolf shifter? Of course I wanted to read this. After reading In Too Deep(Book 1),I knew I wanted to discover more about the three brothers that are featured in these books.

Twins Micah and Max are on their first country wide tour for their first hit album. Celeste shows up unannounced with a proposition for Micah. This is probably the surprise of Micah’s life, but he is very hesitant. Not saying what the proposition is, but it’s a big one. He has loved Celeste since high school, but Celeste has always been his older brother’s girl. Now that Drake is married, Celeste is pretty lost. Not because she loved Drake, but because for the first time in a very long time, her father isn’t pushing her to marry Drake. Not to mention that she has been in love with Micah since high school. Neither knows how the other feels of course.

I really wasn’t a fan of Celeste in the last book. That was probably because she thought she was going to marry Drake, while Drake was busy falling in love with Emma. She wasn’t really that nice. But then she did have her whole world shaken up. I ended up liking her in this book, and since she is a main character, that was good news. Micah was a favorite of mine already so it was fun watching him get his HEA.

As with the first book, there is a mystery involved, and even some life or death moments for Celeste. This causes Micah to come back from his tour every night, and then fly out the next morning for the next concert. This is to keep her safe, even though she is the Beta of the pack, and a very strong wolf. She is also staying at Drake’s house. As Drake is the alpha with mega security measures in place, this just doesn’t make sense to me. The logistics of him doing that every night, after a night concert just made no sense, and really bugged me. I love a good romance, but it has to make sense to me.

I liked the book, but I thought I was going to be reading a book that had more about Micah on tour. You know, falling in love while on tour or something like that. And with the exception of one night depicted, that didn’t happen. And while I am on the subject of that one night, I think this book has one of the longest sexual encounters that I have ever read. Right at 10 percent of the book, and I will be honest, I got a bit bored. After awhile it just seemed like filler. And that was just one of the sex scenes. Don’t get me wrong, I don’t mind sex scenes. You really can’t have an adult romance without one(or a few), or even an assumed one.

So no, this book wasn’t my favorite of the two, and I do hate to have to say that. I really enjoyed the first one, and actually I liked parts of this one too. I guess I just wanted a story that was more mystery/thriller, or even just a fun shifter story, with less reliance on the sexual component.

So it was a fairly good read, and I think it would be considered almost erotica. I also know that there are lots of people that will enjoy this read. Everyone has different tastes. It just wasn’t the best for me, but was very readable with good characters. And actually, I am still interested in seeing the other brother, Max, get his HEA.

17 responses to “Review: In Deeper by Christy Gissendaner”