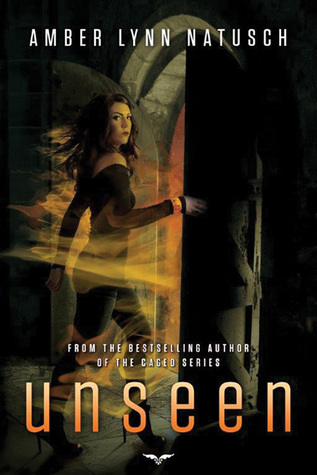 Welcome to the Kingdom of Hades, where even its prodigal princess sleeps lightly.

After fighting Soul Stealers in Detroit, Khara hoped to return home to find answers in her father's realm. But the land of the dead offers little information, and far too much tragedy. Now cut off from her brothers, and left only with her dark and unreliable companion Oz, Khara must navigate the centuries-old webs of deceit and betrayal, all while eluding the Underworld's most depraved inhabitant. But she soon finds an unexpected ally in her adopted sister Persephone. Together, they endeavor to right a terrible wrong. And as Khara soon discovers, there's more riding on her success than she ever thought possible.

Mythology lovers probably like this series, or will like it if they haven’t tried it yet. Unfortunately, I have never been a fan of mythology, and was never taught that much about it in school. Of course I have picked up some about it over the years, but I am not completely comfortable with all the different mythological characters, and who did what. Still I will try my best to review this book without totally screwing up. This is the second in this series, and this one continues the story where the last one left off.

Khara has left earth with Oz, and is now in the Underworld. As she is the adopted daughter of Hades, the ruler of the Underworld, this is her home. Even though she was only gone for about a week to Detroit, now she misses her brothers that she left there. Oz has gone from being Fallen, to now being a Dark One, and Khara is now coming into her all new powers now that her wings have manifested. Her wings are mottled black/white, so is she dark or is she light is the question here. At least that was my take on it. After her trip to Detroit, and getting her wings, she has started feeling emotions. It was just too hard to live forever in the Underworld, and have emotions too. Things are changing in the Underworld, the walls between the baddest of the bad souls, and the rest of the Underworld, are thinning. Pair that with Persephone(Hade’s wife) trying to manipulate Khara, and you have the makings of this story.

Khara’s brothers are back for this story, and since they were my favorites from the last book, that made me happy. Only this time, most of the story takes place in the Undeworld, so her brothers that join her there aren’t exactly happy with Khara not wanting to go back to their home in Detroit. She is there seeking answers to the mysteries that are her life. And then there’s Oz. Now that Oz has become a Dark One, as opposed to Fallen, he comes off as being eviler then before, and that’s because the Dark Ones are evil. But is he really? Khara’s emotions awakening causes her to feel things for Oz that she has never felt before. He pretty much won’t let her out of his sight, but he won’t tell her why. Does he care for her, or are his motives far more sinister? I wouldn’t consider this a romance-yet. Although I think most people will be rooting for one for Khara and Oz. Oz is such an enigma, and I just wish he was a lot more forthcoming with Khara about the things he does, and the why of things he does. He is the mystery of this story as far as I am concerned.

While Oz is the mystery, I don’t want to ruin the book by telling what the crux of the story ends up being. Taking place in the Underworld, of course this book has lots of villains. The author’s view of the Underworld was pretty different, and not really what I expected. So although there are many characters originating from mythology, there was plenty of other world building going on in this story.

I found this book to be a bit slower then the first, as I was wishing for a bit more action. Other than that, there were interesting characters, and I liked that Khara has more emotions, then she had in the first book. With so many villains, of course some cause Khara to get involved in some really bad situations. And I can’t leave out Oz, I still want to know more about him.

It’s not as much of a urban fantasy as the first one was, so I think I would consider it a fantasy. If you are a mythology fan, this could be your next favorite read.