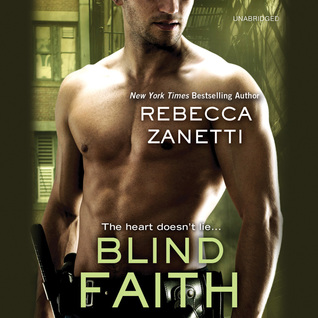 For Nate Dean, love is a four-letter word. As part of a secret black-ops military unit, he and his brothers were genetically engineered by the government to be ruthless soldiers with an expiration date. They were loyal only to one another . . . until Nate laid eyes on the woman who stole his heart and blew his world apart. Now, years later, his family is still paying the price for his mistake. But as time runs out, there's only one person who can save his family: the very woman Nate swore he'd never trust again.

The moment Audrey Madison spies Nate across a crowded ballroom, she can barely breathe. He's just as undeniably sexy as she remembers, yet there's an edge to him now that's as irresistible as it is dangerous. When he asks for her help, Audrey can't refuse. But she has secrets of her own--secrets that, if Nate ever discovers them, may cost them both their lives . . .

This series’ main plot arc got kicked into overdrive in this installment, some political intrigue was added, and we got the inside scoop on the third Dean brother, Nate. I really enjoyed how Rebecca Zanetti set-up the misunderstanding thread between the main couple; it was plausible, was settled after a reasonable delay, and didn’t create unnecessary drama as is so often the case in these types of scenarios. Similarly to the previous books, the story blasted out of the gates with an unrelenting suspense component, and Karen White rocked the narration for a third time.

In BLIND FAITH, we learn more about the middle sibling’s past as well as his character traits, each brother brings something different to the mix, and Nate’s main focus has always been keeping his family happy. Sounds simple enough, however when you’re a genetically engineered soldier trained from birth to kill without a shred of normal in your life, it becomes a colossal task. Dean is the kind of man that’ll throw himself on the executioner’s block just to give his bros the chance at having a real Christmas. I adored him from the prologue onward.

The plot took several startling turns in this installment; one being that the love interest was none other than the Commander’s pet scientist’s daughter, Audrey, and the other was the political nature of the story line. Both made singling out who was on what side, and working for whom a challenging game of pin-the-tail-on-the-bad-guy. There were of course the obvious culprits: the Commander and Dr. Isabel Madison—I DESPISE her!—but also several grey characters which had me flip flopping all over the place. The brothers gain a crucial advantage, however they aren’t out of the woods yet.

I’m now unequivocally under Karen White’s spell after listening to BLIND FAITH. Her male voices are one of the best in the industry, and I had no trouble discerning which member of the Dean family was talking because her inflections promptly brought me back to books 1 and 2 when Shane and Matt were the dominant POVs. Her breakneck pacing transforms an already suspenseful audio into a Formula One worthy performance that’ll have you double checking to see if you pressed the playback speed option by accident.

BLIND FAITH has me praying to the audiobook gods for a fast forward button that’ll make March get here sooner, and with it TOTAL SURRENDER.

Was this review helpful? If so, please consider liking it on GoodReads or voting on Amazon!