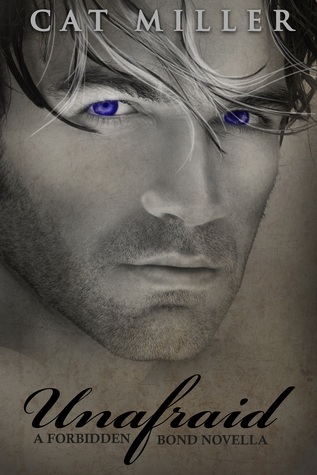 This prequel to The Forbidden Bond Series can be read as a stand-alone novella.

Griffin is a young future Councilman and leader of the Vampire Nation. As the only surviving son from the House of Vaughn he has been groomed since birth for the position. His parents' plans for the future of their House are a constant weight he must bear.

Tessa is a waitress who has been struggling to survive on her own since the death of her parents and the rejection of her family. The clairvoyant dreams that have plagued her since her childhood force her into a solitary existence.

Tempers flare and the battle between duty and desire ignites when their two worlds collide on a life changing cold winter night. Tessa’s heart hangs in the balance. Griffin is the only one who can tip the scales. Will his good intentions and love for Tessa be enough?

Ever want something that’s really quick to read and paranormal? This novella might be just the thing. And if you like vampires and romance, you are in for a treat.

Tessa is a waitress that has been making her own way for years, with no family or anyone to help her. Consequently, she lives in a dump, and has no way to make her life better. She does, however, have a supernatural talent. She has prophetic dreams. One night she dreams that she meets a gorgeous vampire while in an alley. She then continues to dream about him, until when the circumstances surrounding the meeting come true, she is more then ready to meet him. Scared, but very ready. The only reason Griffin is in the alley is for his next meal. This is the story of that meeting and what happens afterwards. Needless to say, Tessa is a surprise to him.

I really liked Tessa’s character. She is a strong character, but falls hopelessly in love with Griffin even though she can tell he is keeping secrets from her. Griffin wasn’t quite as likable, because he was pretty maddening at times. However, there is a reason for his behavior, and I am sure that is why he acted the way he does. So while I understood his actions, I didn’t necessarily like it.

The falling in love part was pretty fast, but then this is a novella, and it’s to be expected. I’ve learned to forgive a lot of things in a novella since it all has to happen quickly. The sex scenes are extremely hot, bordering on erotica, but not quite. Not a fan of that, but for some reason, it didn’t bother me. I think maybe because it was well done, as this author does know how to write a good story.

I had downloaded the sample of this easily over a year ago, maybe longer. So it was really past time for me to read it. After reading the sample, I had to purchase the novella, because I was really wanting to know more about Tessa and Griffin’s romance. From what I can tell, the first two books of this series were released first, and due to popular demand from the author’s fans, this novella was written. It can stand alone, but I bet if you enjoy it, you are going to want to read the next one, just as I do.