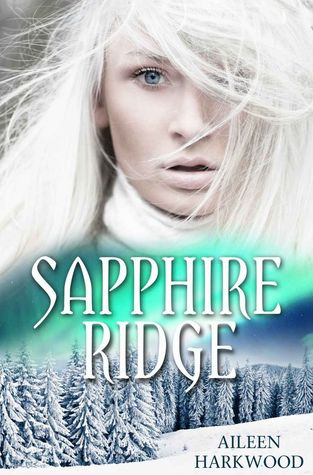 Still grieving the loss of her fiancé and best friend in a car accident on Christmas Eve at Sapphire Ridge, Niki Lusk returns to the popular Lake Tahoe ski resort one year later to find closure and make sense of a stunning betrayal following their deaths. If only the snow, pine trees and holiday cheer at Sapphire Ridge could help her heal and reclaim her Christmas spirit.

Niki isn't counting on the massive avalanche that roars down the mountain in the middle of the night to bury alive dozens sleeping in one of the resort's lodges. Nor does she expect devastatingly sexy Bryce McInnis, whose mysterious accent is impossible to pin down, to show up on her radar, demanding she help him save one of the avalanche's victims.

What Bryce must never know is that Niki has a secret. She was born with a special gift she's spent her entire life concealing from others. Yet it's this unique talent she'll need to call upon to rescue not just those in danger, but her own critically damaged heart.

Sapphire Ridge as a name doesn’t invoke Christmas images, but this book takes place mainly on Christmas Eve, and was billed as a Christmas novella. Since I have been trying to read one a week during this season, it fit the bill for me.

Niki has made the trip back to the resort at Sapphire ridge this Christmas season in order to get closure. The previous Christmas, during a visit there with her fiance and best friend, Iris, the two were killed in an accident. Since they were the family of her heart, she was understandably devastated. Her only other family is a mother that no one wants to have, much less spend Christmas with. Her mother has the ability to make people do what she wants them to do, so Niki doesn’t want to be anywhere near her. Niki has her own abilities, some she isn’t even aware of-yet.

When Niki wakes up to the sound of an avalanche heading straight for the resort she’s at, she knows things are getting ready to get scary bad. As rescuers descend on the ski resort by way of helicopters, Niki walks away from the devastation as she waits for a call for her turn to help. She meets Bryce, a man that asks her to help him find someone who was buried farther up the mountain, away from the devastation of the resort, and likely not to ever be found.

This story ended up being an adventure with a twist I didn’t see coming, which is always a good thing in any book for me. Since this is a novella, I am not sharing anymore of the story. But I will say that it also is a romance.

The one problem I had with this novella was the lack of any reasons for the special abilities of Niki and her mother. Even a short back story would have been welcome. I was left wondering what they are, what else can they do, and why wasn’t her mother more of a character since she is mentioned so many times.

All in all though, it was a good adventure and romance. I enjoyed the twist, and the two main characters. I just thought a few extra pages with more explanation would have made for a better story.